Sochi Park is the first theme park in the country. For four consecutive years, he confirms the title of the first and best open-air amusement park in the country and the CIS with the number of visitors over a million people a year, and in 2016 he entered the top 25 best parks in Europe.   On an area of ​​25 hectares in Sochi Park, there are 20 new modern attractions and the Bogatyr hotel-castle. The theme park has plenty of fun for visitors of all ages. It is interesting for all guests to attend a performance in a dolphinarium, watch a show, go through a quest or a master class. For the smallest in the park there is a corner with rocking rides. For older children – children’s and family attractions, where you can ride on your own or with your parents, the Cosmic Jungle rope park, a water development site in the Eco Village, science shows and an outdoor game lab. And teenagers and adults will enjoy unique extreme attractions.

Sochi Park implements a convenient for visitors concept of a single entrance ticket. A full day of stay in the park, an unlimited number of rental rides on the attractions, master classes, playgrounds, a dolphinarium and a variety of shows – all this the guest receives for the price of one ticket. 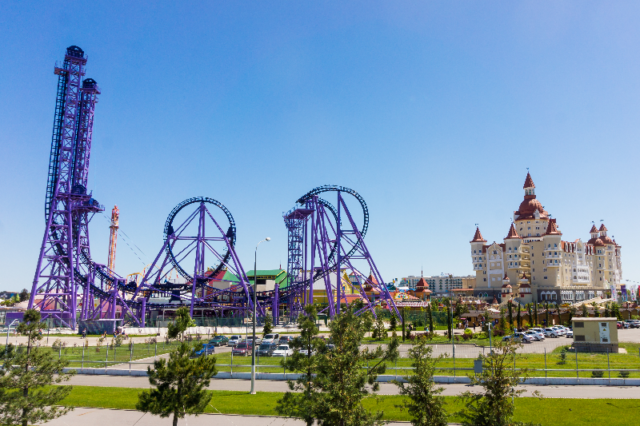 The Adler dolphinarium “Aquatoria” was opened in 1998 and since then has been very popular among vacationers in Adler and tourists who have stayed in neighboring areas. The dolphinarium hall includes nine spectator sectors, seats up to a thousand people. In the center is a pool-arena with a depth of 6 meters. Bottlenose dolphins (cheerful Chacha and Rada), sea lion (artist Masha), beluga whales (Stepan and Piglet) perform in regular shows at the Adler Dolphinarium. The show program is organized at the highest level and will be interesting not only to children, but also to the adult audience. The part where dolphins perform is the longest. Local talents show the ability to sing, dance, perform acrobatic numbers. They also have other amazing abilities, because they are creatures with a highly developed intellect, and besides, they are distinguished by good learning ability. Dolphins are able to amaze spectators, they masterfully and funny play with the ball, jump high and synchronously, draw pictures, play counters and that is not all that they are capable of. 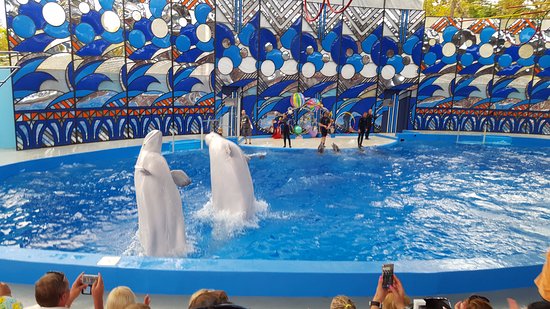 Skypark is the first and so far the only adventure park in Russia at the height. Similar sites also exist in Australia, Singapore, China, France, Germany. The ideological inspirer and founder was extreme Alan Hackett, better known as AJ Hackett. The complex is located 17 km from Adler Train Station towards Krasnaya Polyana. The official opening of the adrenaline amusement park took place in June 2014.

The Sochi complex is distinguished by the fact that here, in the Akhshtyr Gorge, there is the longest suspended pedestrian bridge SkyBridge on the planet, designed according to the original design.

The price includes: parking, access to the park (one-time), unlimited walks on Skybridge, access to all viewing platforms, including the Bungy platform for 207 m.

The park presents such attractions:

This is the only water park on the Black Sea coast, which operates all year round, and the pools are filled with warm sea water. In the summer season, it is very popular among vacationers in neighboring resorts – Lazarevsky, Adler, Krasnaya Polyana. A monthly water park is visited by 35,000 people.

The area of ​​the water park is 2 hectares. It has 20 water slides of various difficulty levels and 8 pools.

The food court of the water park is represented by bars and cafes with a buffet system, lunch in which is included in the ticket price. 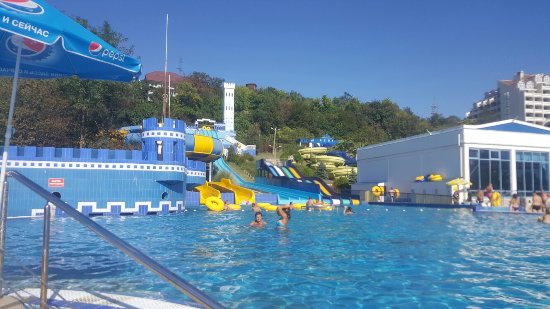 Water Park “Amphibius” in Adler is the whole water world, located on the Black Sea, and is one of the largest water-entertainment complexes in the Black Sea resorts. The water park area is more than 2 hectares. Water Park “Amphibius” has incorporated the most popular attractions, among which each visitor will be able to find entertainment in their mood. The food court of the water park is represented by a grill bar, a children’s cafe with a special menu and a pizzeria, where you can have a tasty snack and dine. There are also tents with ice cream and drinks. 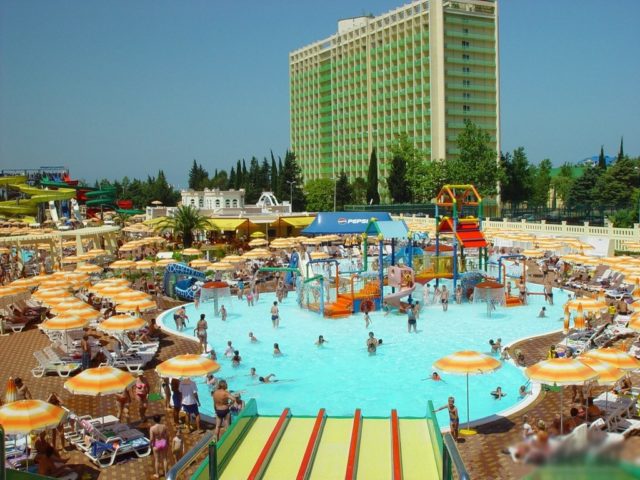 “Crazy Hall” is a trampoline center in Sochi. This trampoline arena is located in the Olimp shopping center, and it consists of giant platforms equipped with various obstacles and trampoline attractions. Here, each visitor has a great opportunity to have fun, assess their physical abilities and just have a good time with friends. In addition to standard sessions with trampolining, the Crazy Hall Trampoline Center hosts various events as well as sports, such as trampoline fitness. 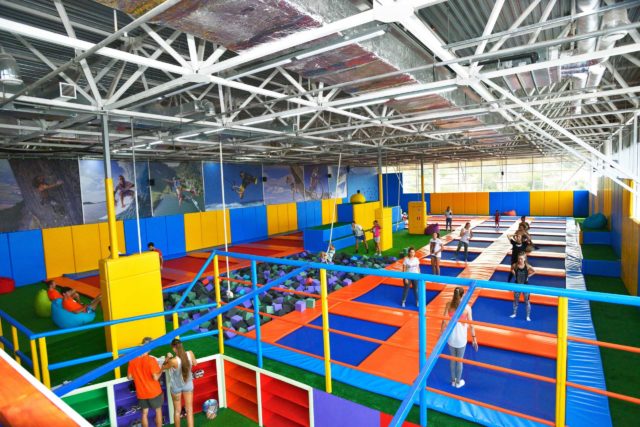 Dinoclub – the world of dinosaurs

Dinoklub in Sochi is an interactive park of robotic dinosaurs offering an excursion into the Mesozoic era. You will meet 25 “growling” exhibits and watch an informative 3D film about the origin of life on Earth. Great for families with children. 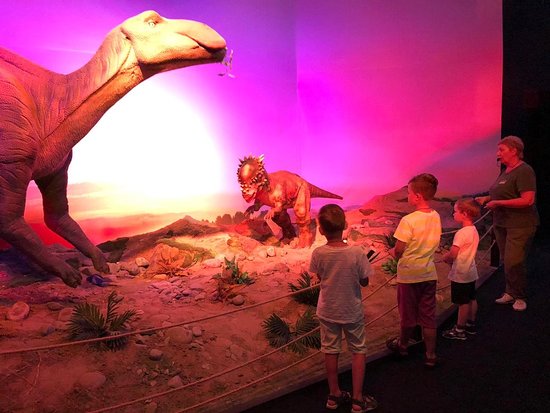