The three-story building of the station has 3 alternating courtyards and a high-rise tower (55 m). The station complex also included 3 reinforced concrete platforms with a total length of 1080 m, a passenger tunnel with 4 exits, and a boiler room. The station building, together with the luggage compartment, built in 1956, covers an area of 0.6 hectares.
Address: st. Gorky, 56, microdistrict Central, Sochi 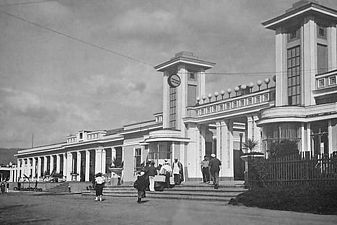 The memorial memorial complex is a monument to the Sochi fighters who died in battles during the Great Patriotic War of 1941-1945. It has citywide significance.
Commemorative plaques with the names of warriors are located in a semicircle. In the center is the Eternal Flame. This is the burial place of more than 2000 soldiers of the Soviet Army who died in serious hospitals in Sochi.
Hours: daily, around the clock
Address: Russia, Krasnodar Territory, Sochi, Zavokzalny District 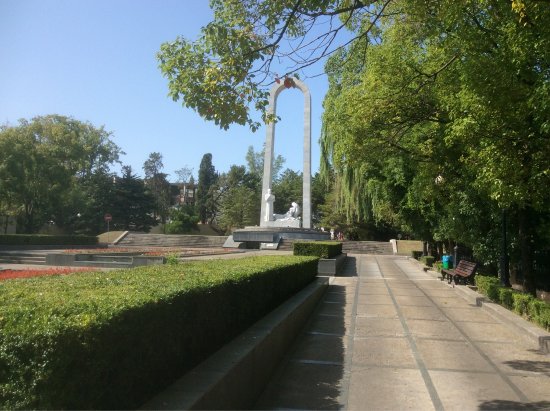 Sochi Commercial Sea Port is a seaport whose main focus is sea passenger transportation.
A popular place for walking and relaxing. This is a monument of architecture of federal significance and a symbolic place of the resort. His image can often be found in photographs and souvenirs. Local residents are proud of him and tourists like to visit. Here you can ride on a yacht, boat, boat or just enjoy the beautiful panoramas, architecture.
Sochi Sea Port is the largest passenger port on the Black Sea. It was created in 1937 by order of the USSR Water Transport Commissariat. The construction of the marine station complex begins in 1955. Architects – Karo Semenovich Alabyan and Leonid Borisovich Karlik. Style – Stalin’s Empire Style. In its decoration used expensive materials. The building is tastefully decorated with stucco and mosaic.
At different times of the year, ships are moored in the harbor – pleasure yachts and boats, luxury yachts and cruise ships. Only 15 berths, the total length of about 1.5 kilometers.
On the territory there is a park in which subtropical plants grow: palm trees, oleander, yew, agave, boxwood … Rose gardens are planted. In the center of the evergreen composition is a fountain with a 7 meter bowl, in the center of which is a graceful sculpture of a woman – the personification of Navigation. In one hand, she has a lotion and a small boat, and the other woman is trying to stop the excitement of the sea, wishing sailors a calm, successful sailing.
Opening hours: Mon-Thu 9: 00-18: 00, break 13: 00-13: 48; Fri 9: 00-17: 00, break 13: 00-13: 48
Address: st. Voikova, 1, microdistrict Central, Sochi (floor 3) 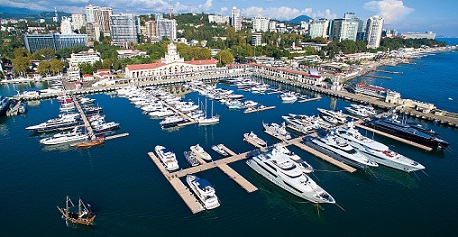 Sochi Arboretum – a unique collection of subtropical flora and fauna, a monument of landscape gardening art in the Khostinsky district of Sochi, Krasnodar Territory, Russia.

The Arboretum park is rightfully considered one of the iconic places of the city of Sochi, it is often called the “green heart of the resort”, which is completely justified. 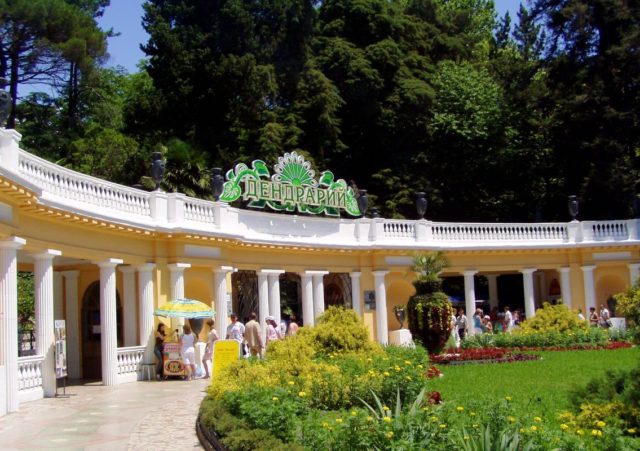 Singing fountains in Sochi is a sight that every visitor to the city should see. This is a set of watercourses from which water comes out under high pressure. The jets change their height and pressure in accordance with the sounding melody, as well as highlighted with colorful lights. The light and music performance makes an indelible impression with the unique performance of hits of the modern music industry and timeless classical music.
Opening hours: Winter 18:00 – 19:00
Spring 19:00 – 20:00
Summer 20:30 – 21:30
Fall 19:00 – 20:30
Address: Adler r, Sochi, the Imperial Lowland, Olympic Park 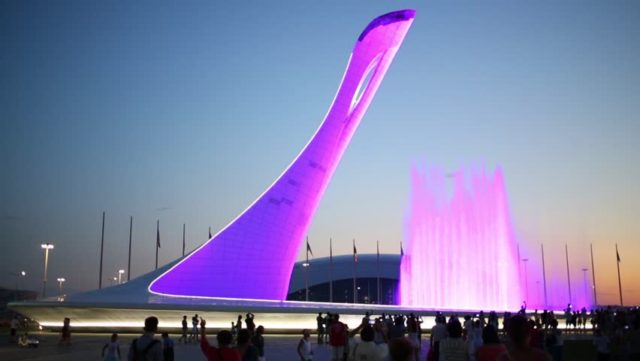 Gorge 33 Falls is a very interesting attraction, it is characterized by picturesque landscapes and magnificent views. Located in the Lazarevsky district of the Sochi region. Picturesque waterfalls and rapids flow in a boxwood thicket, on the trunks of trees visible moss thickets resembling a fairy forest. Sochi 33 waterfalls is a series of several waterfalls formed from the Dzhegosh stream, which is a tributary of the Shahe river. The attraction belongs to the national park and is protected by law.
Address: Krasnodar Territory, 354202 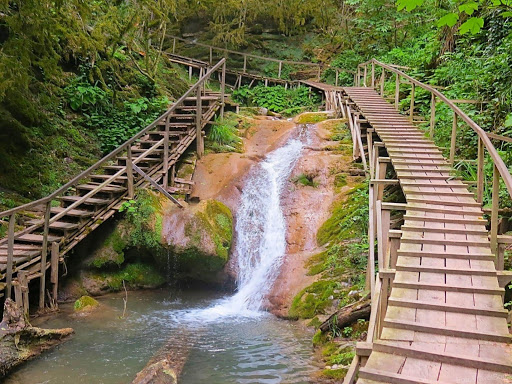 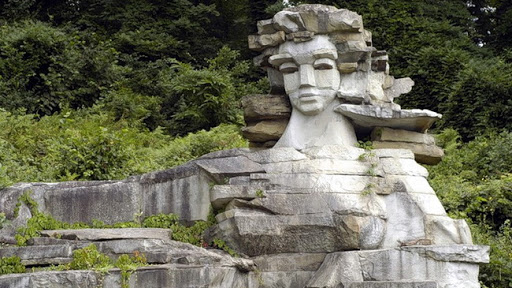 Mount Akhun is the highest mountain in Sochi, located in close proximity to the sea (But not the highest mountain in the city of Sochi). At the very top of the mountain is an observation tower, built by order of Stalin. Akhun is 5 kilometers long and 663 meters high. The mountain is located between two gorges – Agursky and the gorge of the Khosta river. The northern part of Akhuna is washed by a small river with the funny name Agurchik (a tributary of the Agura). On the slope of Akhuna there is a Yew-boxwood grove, which is part of the Sochi nature reserve.
Mountain Akhun has two peaks: large, main and Small Akhun, whose height is 501 meters. On the territory of the mountain there are more than 30 caves. The largest – 384 meters in length, called the Big Akhun cave.
Opening hours: daily, 10: 00–21: 00
Address: Russia, Krasnodar Territory, Sochi, Maly Akhun 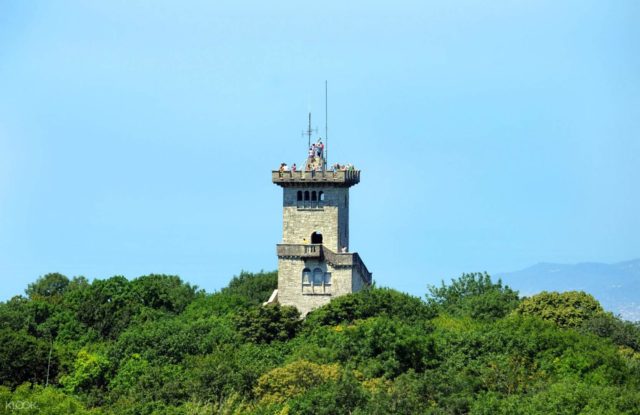 Dolmens are structures made of monolithic stone slabs weighing several tons. According to scientists, about 200 such structures have been preserved in Sochi. Dolmens are especially common in Krasnaya Polyana and in the Lazarevsky district. To see them, you can, for example, go to the Ashe river valley, where there are three Kapigge dolmens. In Shkhafit aul, a dolmen stands in the courtyard of a private house, where access for tourists is open at any time of the year. A unique monolithic dolmen, one and a half meters high, is located near the village of Volkonka. In the center of Sochi, you can see dolmens in the courtyard of the Historical Museum.
Address: Krasnaya Polyana 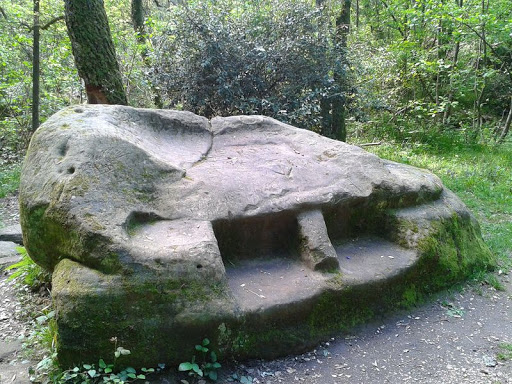 Agursky waterfalls are one of the most popular and concurrently beautiful places in Sochi. Going to the waterfalls is a very simple route, and the gorge of the Agura River is connected to another wonderful place in Sochi – the Eagle Rocks. This is one of the places in Sochi that is definitely worth a visit. In total there are 3 large waterfalls from 21 to 30 meters and one small.
Hours: daily, around the clock
Address: st. Agursky Gorge, 1, Sochi
Trout Farm
The federal state unitary enterprise located in the village of Kazachy Brod, Adler district of Sochi. It was founded in 1964 for research and reproduction of one of the most delicious fish species – trout. One type of farmed trout is rainbow trout. The plant is the largest producer in Russia, one of the largest in Europe.
Opening hours: daily, from 9 a.m. to 6 p.m.
Address: Russia, Krasnodar Territory, A-149, 12th kilometer 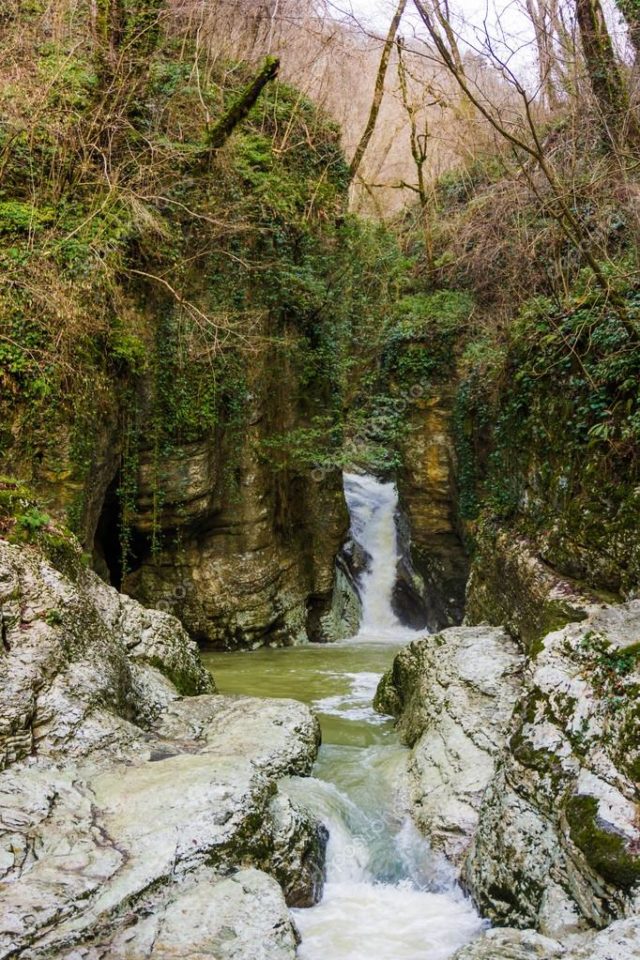