Transfer Welcome to the legendary capital of Russia – Moscow! Your driver meets you at the airport and transfers you to your centrally located hotel for check-in. The rest of the day is free to relax in your cozy room, dine in one of the nearby restaurants or start exploring the amazing city center on your own. 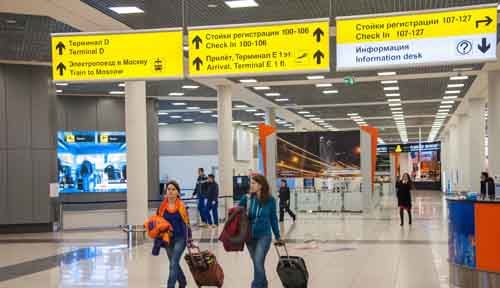 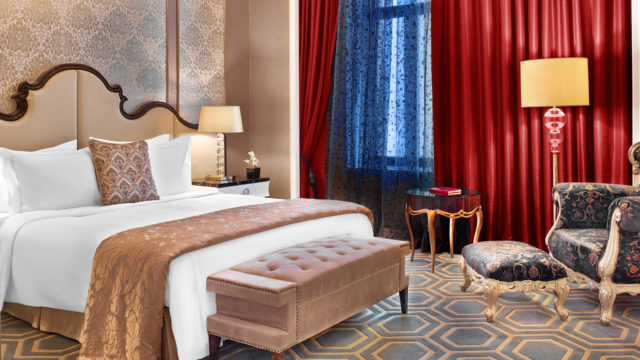 Buffet Breakfast at hotel. You will pass along the famous embankments and the streets of the historic city: Boulevard and Garden Ring, Kutuzov Avenue; You will see the Bolshoi Theater and Manezh, Stalin’s skyscrapers, the Triumphal Arch, the golden domes of the Cathedral of Christ the Savior, the swan pond at the walls of the Novodevichy Convent, the Vorobyovy Gory, the building of the Moscow State University, the Luzhniki Stadium, the modern skyscrapers of Moscow City and much more. At the end of the sightseeing tour you will pass along the famous pavement of Red Square, see the multicolored domes of St. Basil’s Cathedral, enjoy the splendor of the panorama of the ancient Kremlin from the Sofia embankment of the Moscow River. Lunch. Excursion “The Heart of Russia“ to the Moscow Kremlin, which located on its territory unique monuments of architecture and art of the XV – XX centuries: temples, churches and chambers, majestic palaces and parade administrative buildings. You will walk along the Kremlin squares and streets, see the king-bell and the king-gun, visit one of the cathedral museums: the Assumption, the Archangel or the Annunciation. 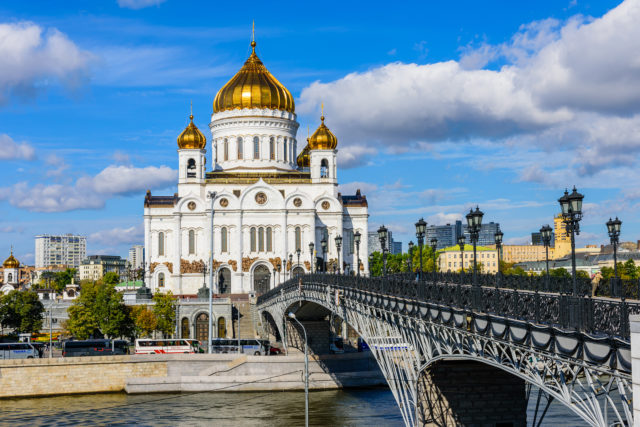 Buffet Breakfast at hotel. Sightseeing tour of Vladimir, during which you will see the Assumption and dmitrov cathedrals, as well as an outstanding monument of ancient architecture – the Golden Gate. Departure to Suzdal. Lunch Accommodation in a hotel in Suzdal. 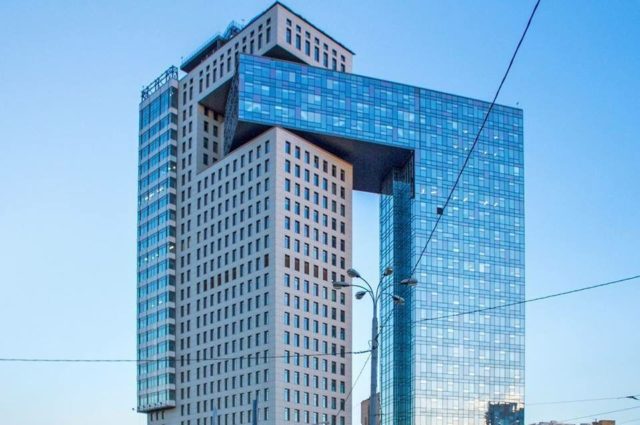 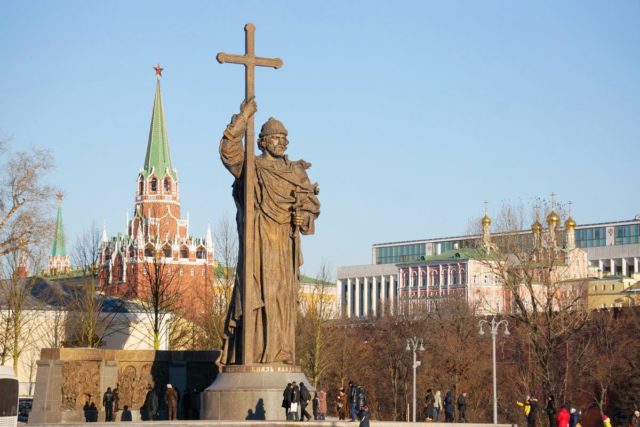 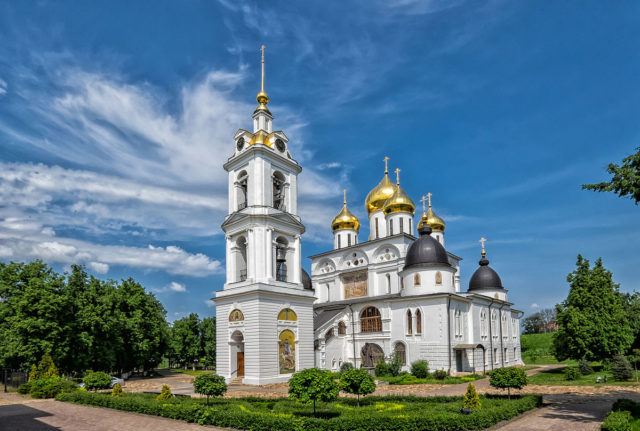 Buffet Breakfast at hotel. During which you will see the Suzdal Kremlin, the Museum of Wooden Architecture, the Savior – Euthymius Monastery, the Intercession Monastery, visit the Nativity Cathedral.LunchExcursion to Suzdal Kremlin, which had been founded for some centuries earlier, than the famous Moscow Kremlin. In Suzdal Kremlin visitors can see The Cathedral of the Nativity of the Theotokos (Our Lady), that is a World Heritage Site. The Cathedral of the Nativity was founded in the XII-th century and than reconstructed in 1222. It is one of the eight White Monuments of Vladimir and Suzdal. These monuments are usually decorated with the unique white stone carving, sometimes similar to lace, which was so characteristic for the early Medieval white-stone architecture of this Russian region. Return to Moscow. Walking tour of the Arbat. Transfer to Veliky Novgorod by night train. 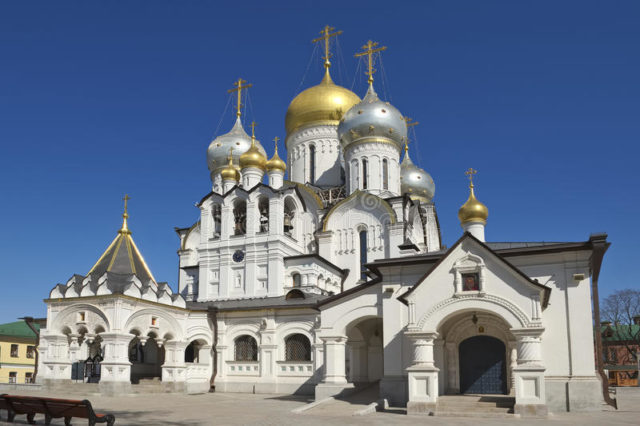 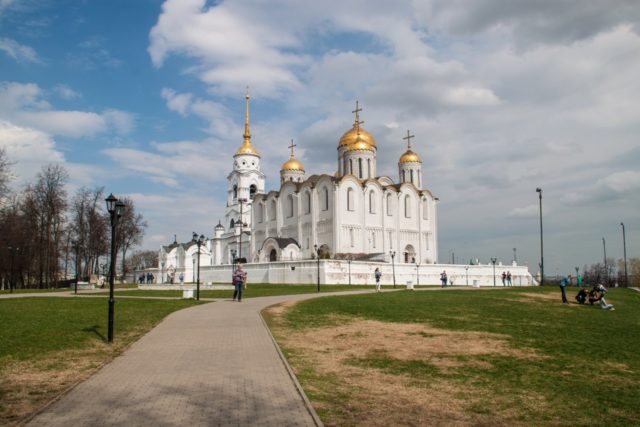 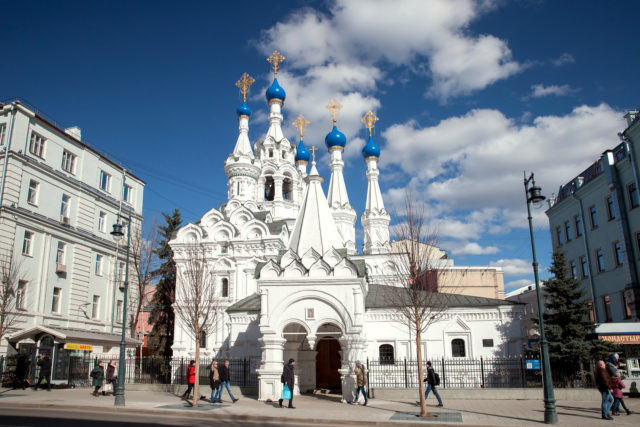 A sightseeing tour of Veliky Novgorod

Buffet Breakfast at hotel During which you will see the Novgorod Kremlin, Yaroslav Dvorishche, Yuriev Monastery; visit the St. Sophia Cathedral, the Museum of Wooden Architecture “Vitoslavitsy“ LunchAccommodation in a hotel in Veliky Novgorod. 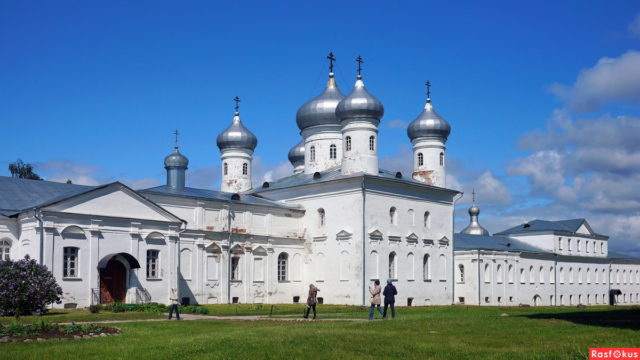 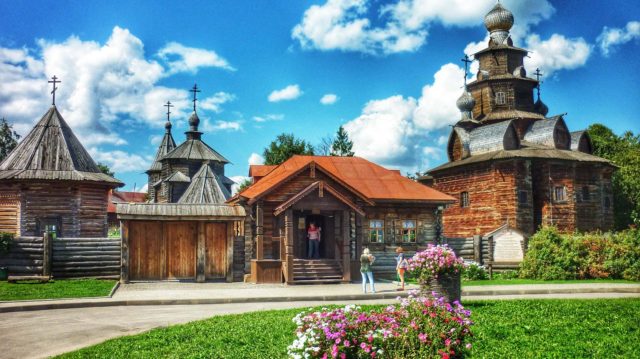 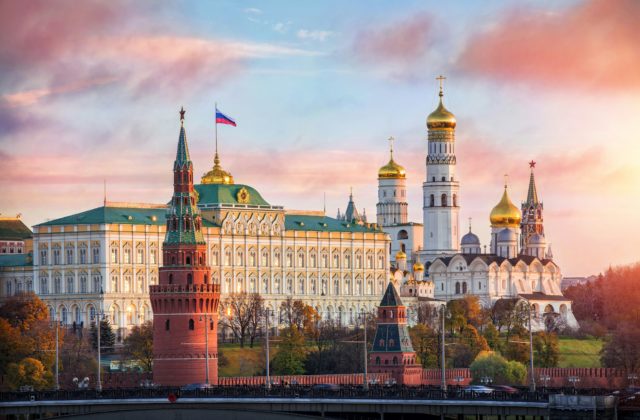 Buffet Breakfast at hotel. Excursion to Tsarskoye Selo “Country Imperial Residences“ with a visit to the Catherine Palace and the park. Tsarskoe Selo is a grand summer residence of Russian emperors, one of the most beautiful palace and park ensembles in Europe. It is in this palace that the famous Amber Room is located.Lunch(optional) Accommodation in a hotel in St. Petersburg. 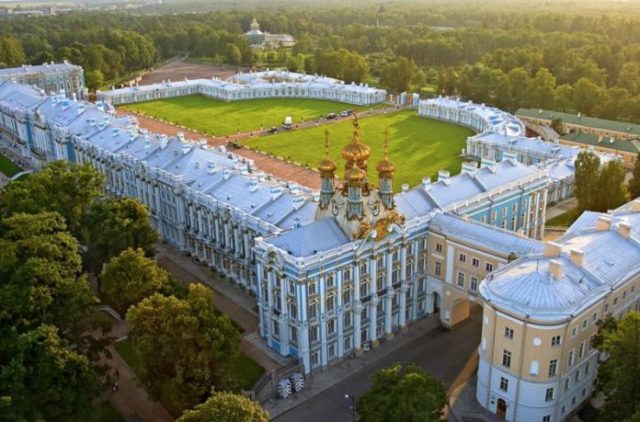 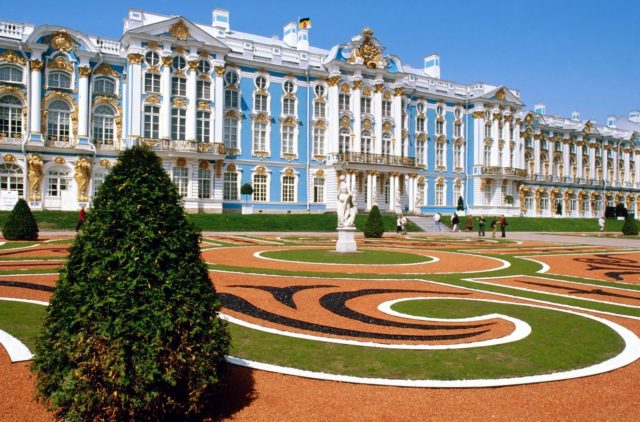 Buffet Breakfast at hotel. Acquaintance with the history of the creation of St. Petersburg and the architectural ensembles of the historical center: the Spit of Vasilievsky Island, Dvortsovaya, Senatskaya, Isaakievskaya squares, Nevsky Prospekt, ensemble of the Smolny Monastery. LunchExcursion “Brilliant St. Petersburg“ with a visit to the main museum complex Hermitage – one of the largest museums in the world, a real treasure trove of world culture and art, which stores more than three million exhibits. 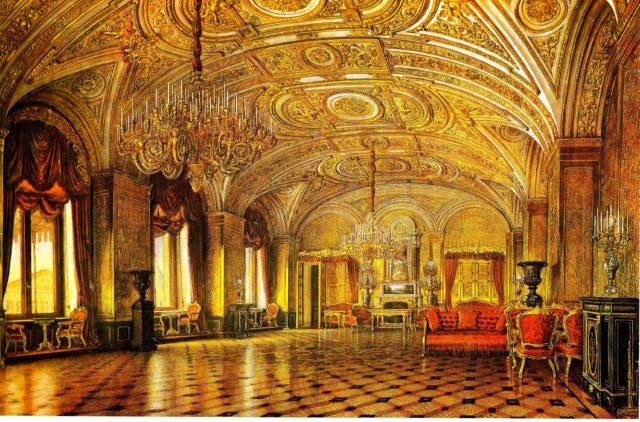 Buffet Breakfast. at hotel then check- out Transfer to the airport or train station. 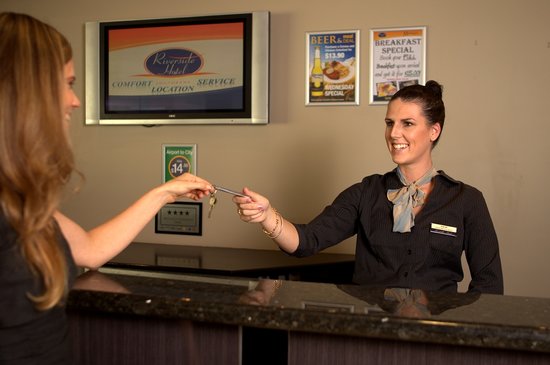 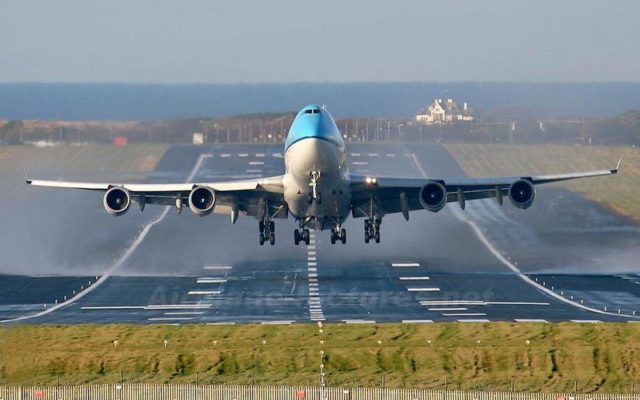 The Golden Ring of Russia is an itinerary that runs along a series of cities of tourist interest, located on the northeast of Moscow, in which there are a set of medieval towns with monasteries, churches, cathedrals and kremlins, that collect around a thousand years of Russian Orthodox history.