Meeting of a group in Moscow.Moscow is the capital of Russia and its major political, economic, cultural, and scientific center. 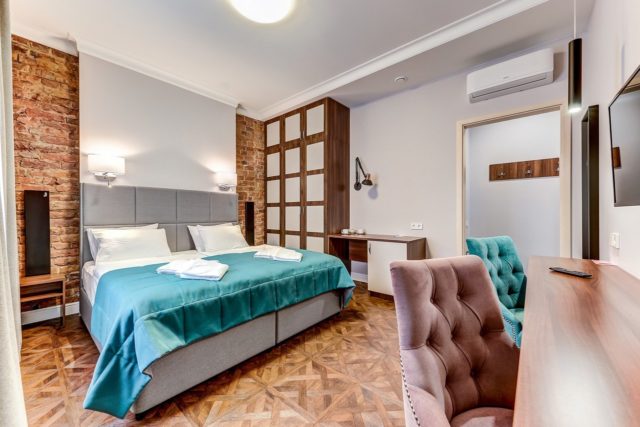 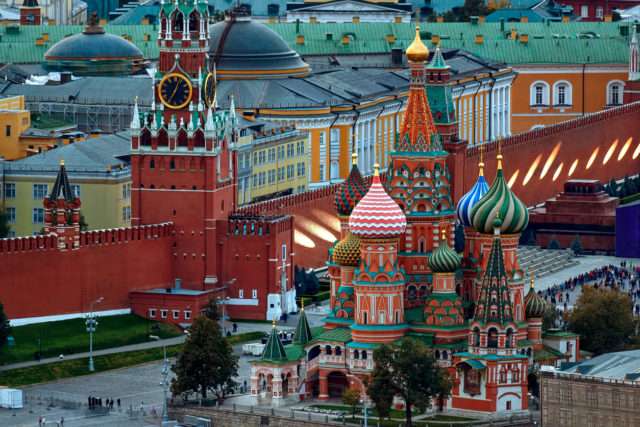 Buffet Breakfast at Hotel. Moscow is the capital of Russia and its major political, economic, cultural, and scientific center. It has everything one might expect from an ancient city whose history richened over the centuries. The city is well known for its architecture, particularly its historic buildings such as Saint Basil’s Cathedral with its brightly colored domes. Some of the more famous attractions include the city’s UNESCO World Heritage Site: the Kremlin and Red Square, the very heart of the city, Cathedral of Christ the Saviour, the tallest Orthodox cathedral in the world, the Church of the Ascension at Kolomenskoye, the Novodevichy Convent, Novodevichye Cemetery, and Architectural and Park Ensemble “Tsar’s Country Estate Izmaylovo”Lunch Excursion to the Moscow State Historical Museum on the Red Square. During our museum tour we will see the first Russian gold and silver coins (zlatniki and serebreniki); “Mstislav’s Gospel“ (a masterpiece of the art of decorating medieval manuscript books), birchbark manuscripts; decorations of boyar’s garments, made in the most sophisticated jewelry techniques; weapons and armor of Russian soldiers; personal belongings of the first Russian Tsar — Ivan the Terrible, relics related to the first Romanovs, one of the largest globes in the world of the XVII-th century, the first Russian printed book, personal belongings and memorial items of Russian emperors, including our first emperor — Peter the Great, one of the greatest rulers — Catherine II, and many others. You can feel the atmosphere of the Old and Medieval Russian State and the atmosphere that reigned on the magnificent balls of the beginning of the XIX century. Also you can enjoy the amazing interiors specially designed for the Historical Museum with the participation of famous artists such as Victor Vasnetsov, Henryk Semiradsky, Ivan Aivazovsky. Transfer to the hotel. Accommodation. Dinner. 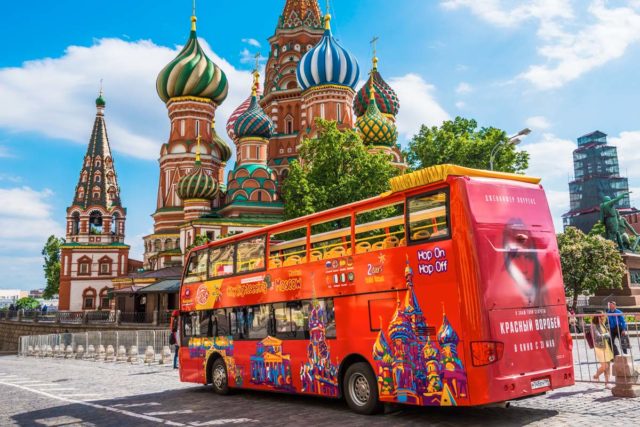 Buffet Breakfast at Hotel then Meeting of a group with a guide in the hall of the hotel. Bus transfer to the railway station. Train trip from Moscow to Yaroslavl (about 4 hours) Meeting of a group in Yaroslavl. City tour «Florence of the Russian North» with visiting Yaroslavl Historical-Architectural and Art Museum Reserve which is situated on the territory of the former Transfiguration of Our Savior Monastery. Lunch. Excursion to the Yaroslavl Art Museum or a trip to the operating Vvedenskiy Tolga Convent. Transfer to the hotel then Dinner 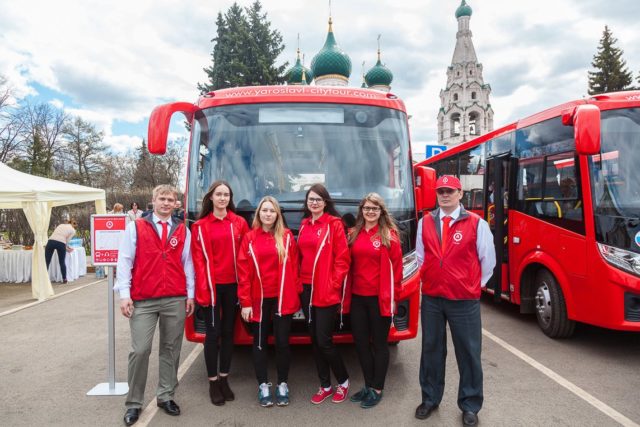 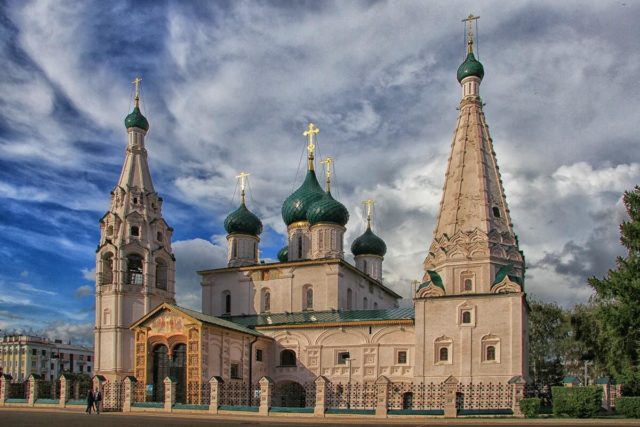 Buffet Breakfast at Hotel . Leaving for Uglich (bus trip about 2 hours). City tour «Mysteries of Russian history» with visiting «Uglich Kremlin» (The Church of St. Dmitry on the Blood, the Princely Chamber, built in the XV century). Visiting the Museum of city mode of life or the Museum of the History of Russian vodka. LunchLeaving for Myshkin. During walking tour around the town you can visit such museums as Living Crafts Museum, Museum of Russian Valenki (a kind of national Russian felt boots) and a uniq Mouse Museum (The Myshkin National Ethnographic Museum). Return to Yaroslavl, in the hotel. 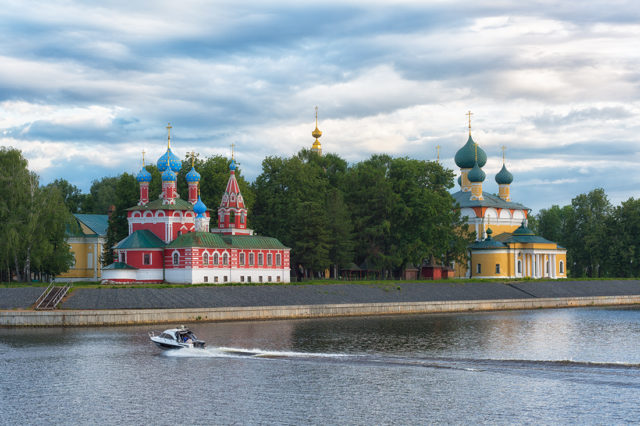 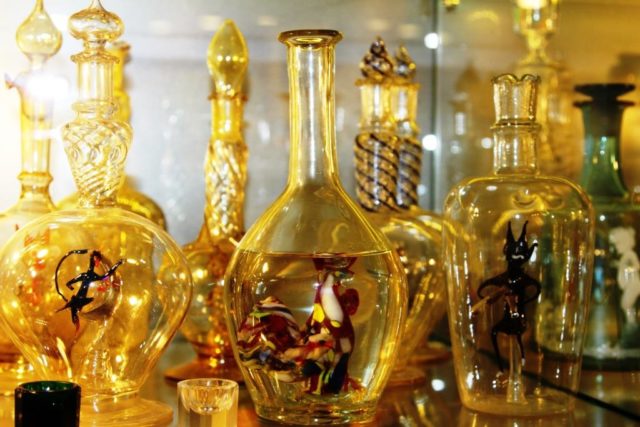 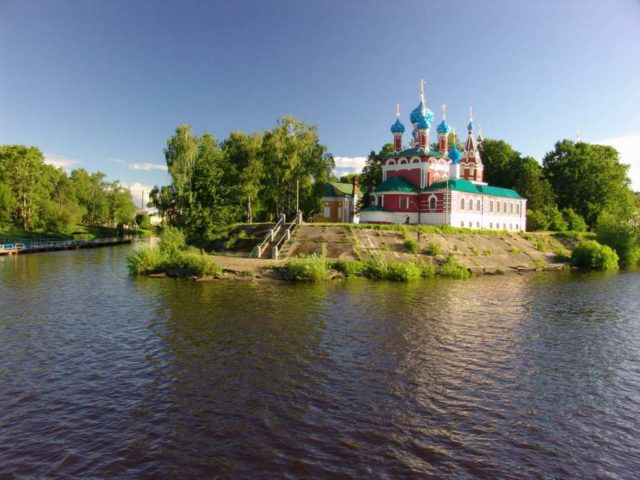 Buffet Breakfast at Hotel Leaving for Tutaev, one of the Russian towns which is situated on the Volga River. Pre-revolutionary name of Tutaev is the old Romanov-Borisoglebsk . The town is situated in 35 km from Yaroslavl. Excursion around the Borisoglebskaya Sloboda (the right bank area of modern Tutaev) including visiting a park of the Soviet Period where you can find a monument to Ilya Pavlovich Tutaev, a wooden modern house, and visiting the majestic Resurrection Cathedral. There you will see the miraculous icon with a huge image of Savior Gracious. Also you will be pleased by a delightful panorama from the observation platform on the Romanov’s side: Kustodiyevskaya Embankment and remarkable churches. Visiting «Borisoglebsk side» Museum. The museum has six exhibits, each dedicated to a specific theme including history and historical brands of Romanov-Borisoglebsk and the nature of the Tutaev District. Leaving for Rybinsk which is the capital of the Volga Boa LunchExcursion around the town with visiting Historical-Architectural and Art Museum Reserve. Return to Yaroslavl. Departure to Moscow by train. (train trip about 4 hours). Meeting of a group in Moscow, bus transfer to the hotel. 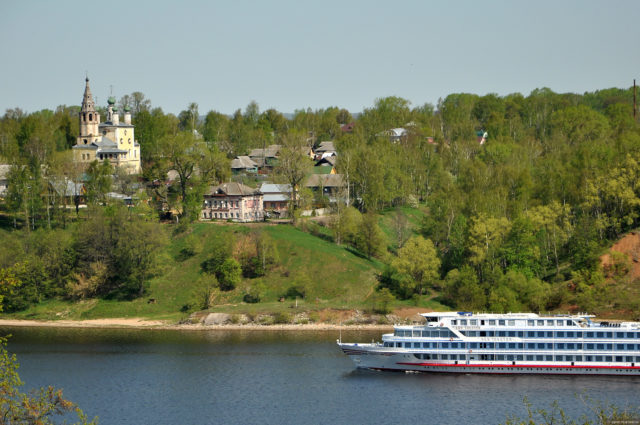 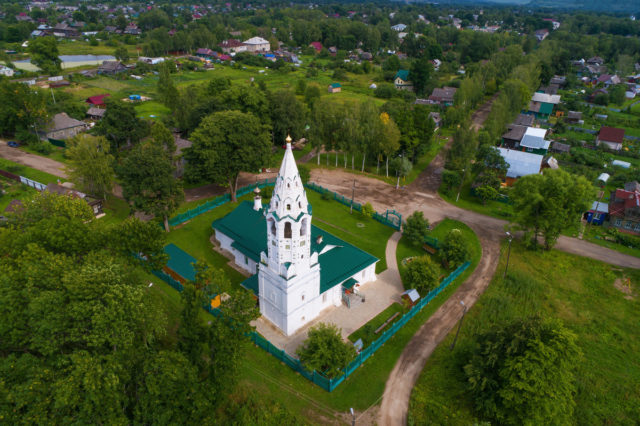 Buffet Breakfast at Hotel Tourists meet with our guide in their hotel. The visit to St Basil’s cathedral or the Cathedral of the Protection of Most Holy Theotokos on the Moat. It was built in 1555-1561 in the Red square. The cathedral is considered to be the symbol of Moscow and Russia. Lunch The excursion into the Kremlin and into the cathedral. The Kremlin is situated in the center of Moscow. Its powerful walls and towers, churches with golden domes and the palaces are situated on the Moscow river and represent incredibly beautiful picture. Today in the Kremlin there is the residence of Russian president. The Kremlin ensemble has been declared by the UNESCO. Discover the huge Tsar’s Cannon and Bell and visit one of the magnificent cathedrals housed within Cathedral Square. Free time in the Moscow centre. Bus transfer to the airport. The ending of the program. 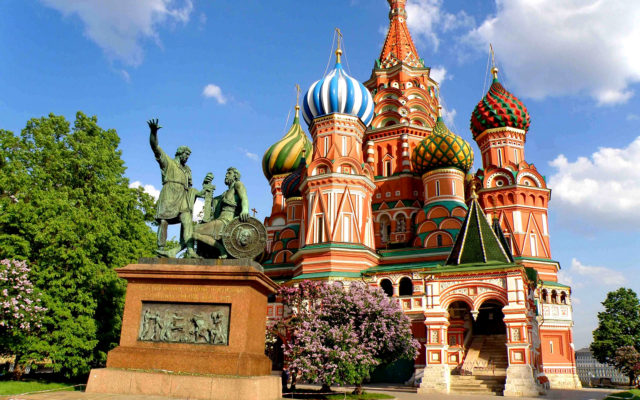 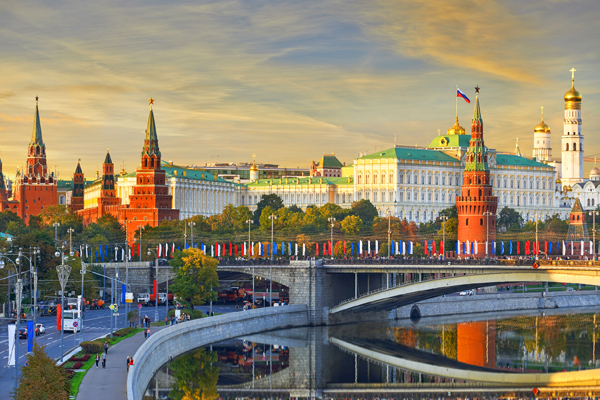 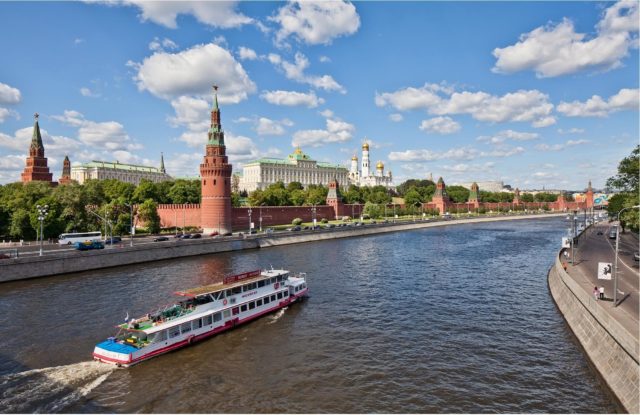