Russia is, one of the world’s great cultural destinations. Museums & Art is everywhere in Russia. Here is below some famous museums in Vladivostok.

The street exposition of the Museum of the Vladivostok Fortress includes: artillery and anti-aircraft guns, torpedoes, missile systems, ground mines, machine guns and mortars, a small parapet, memorial steles and a flagpole of the complex.

In the exhibition halls of the museum a historical and local history exposition is presented, including artifacts from the medieval period of the development of the Primorsky Territory to the present. The first hall is dedicated to the culture of indigenous ancient Tungus tribes and the state of Bohai, the following exhibition spaces tell about the military history and development of Vladivostok as a port city. Among the exhibits are many authentic ancient tools and objects of art, clothing reconstruction, historical documents, maps, photographs, and busts of military and political figures, weapons.

Museum of the Pacific Fleet

The museum has over 40 thousand storage units: a rich thematic collection includes flags and banners, weapons, awards, personal items of sailor-heroes, ship models, as well as paintings by coastal painters.

The permanent exhibition is located in 11 rooms on two floors, with a total exhibition area of ​​407.7 square meters. The museum tours are devoted to the Russo-Japanese War of 1904–1905, the development of the Soviet Pacific Fleet, the exploits and fate of sailors during the Second World War and the war with Japan in 1945, and the modern history of the Pacific Fleet. No less interesting is the public exhibition of historical weapons in the courtyard of the museum. 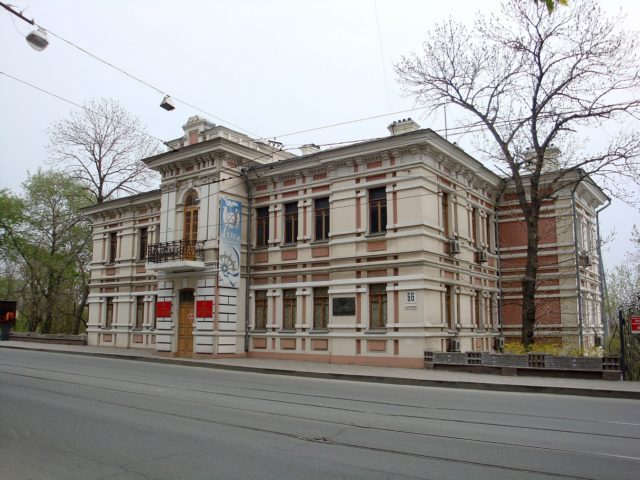 For more than 40 years, the famous submarine S-56 has been a museum, and the interior has been converted for exposure. In the stern of the boat, the mechanisms are dismantled and an exposition dedicated to the submarine forces of the Pacific Fleet is located. The central and bow compartments of the submarine retained their appearance unchanged, and in the first compartment you can even see the torpedo ammunition. The exposition also includes the model of the first combat submarine “Dolphin”, which took part in the Russian-Japanese war at the beginning of the twentieth century. The museum presents not only archival documents and models, but also the personal belongings of the S-56 crew and its commander.

The ship was originally assembled as a yacht for the administration and bore the name “Admiral Zavoyko”, launched at the St. Petersburg shipyard in 1910. Almost a year later the ship was already in Petropavlovsk-Kamchatsky, where it was operated for administrative and civil needs, including transporting passengers. The yacht was transferred to the subordination of the military department with the outbreak of the First World War. In the following revolutionary years, “Admiral Zavoyko” went from red to white and vice versa, for two years he was even evacuated in Shanghai. The class of the patrol ship was assigned to the former yacht in 1923, and the vessel was put into service under the new name – “Red Pennant”. In the 1920s, the Red Pennant was repeatedly involved in coastal battles with the White Guards, participated in research expeditions, and was one of the first to be included in the Pacific Fleet, newly formed in 1932. During the Second World War, the crew of the “Red Pennant” performed missions to detect and trawl mines, for which he was awarded military orders. Off the coast of Vladivostok, the “Red Pennant” was moored in 1958, and a museum is located in its premises. In the future, the ship-museum left the pier at the Ship Embankment only in 2014 – at the time of the scheduled repair, which lasted almost 3 months. Now the Red Pennant Museum is a popular sightseeing site 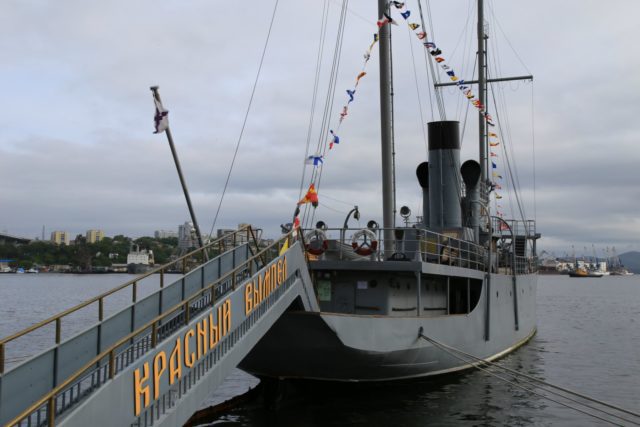 House-Museum of the Traveler Arseniev

An outstanding traveler and explorer, famous writer Vladimir Klavdievich Arsenyev lived with his family in this brick house built in the early 20th century. Thanks to his work in various scientific fields (geology, geography, toponymy, cartography, biology, archeology, ethnography, history and others), the Ussuri Territory, still unknown to the world, was discovered.
Opening hours: Daily 10:00 am – 7:00 pm

The Seaside Museum is named after the traveler and scientist Vladimir Klavdievich Arsenyev, and often the inhabitants of Primorye are simply called the Arsenyev Museum. The Seaside State Museum named after Arsenyev is the largest museum in the region. The extensive collection includes historical, ethnographic, regional studies and archaeological collections. The main building of the museum is an architectural monument of the 20th century, formerly a tenement house. The Primorsky Museum of Local Lore is the first museum of this subject in the Far East. It was founded in 1884. It was originally called the Museum of the Society for the Study of the Amur Region. The collections became available for viewing to ordinary visitors in 1890. In 1945, the museum received its modern name.
Opening hours: Daily 10:00 am – 7:00 pm

The only museum of the tsar’s official in Russia and one of the few surviving wooden mansions of the 19th century in Vladivostok. For a quarter of a century, this house was the home of the family of the senior adviser to the Primorsky regional government, Alexander Vasilievich Sukhanov, who received in 1891 a valuable gift from the hands of Tsarevich Nikolai himself – a portrait and a gold nameplate of the Bure company “for excellent condition of roads and order in the district”. Today, the museum shows the daily life of the family of a Russian official at the turn of the 19th and 20th centuries and reveals the difficult fate of people at critical moments in history using the example of the Sukhanovs and their children.
Opening hours: Daily 10:00 am – 7:00 pm 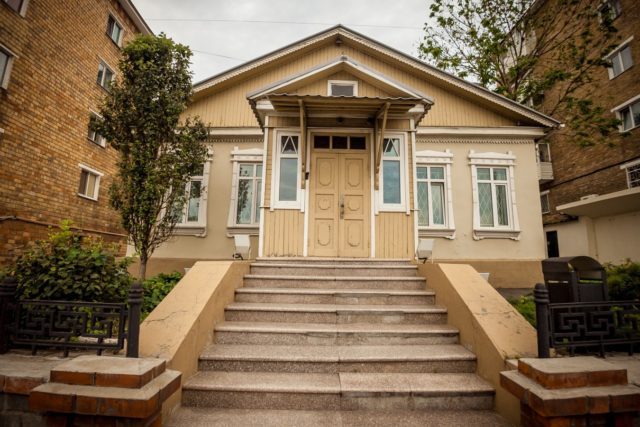 The first building, built specifically for the museum of the Society for the Study of the Amur Region, the first scientific society on the Pacific coast of Russia, founded in 1884. The first museum in the whole vast Siberia at that time was open to the public at the end of September 1890. Originally aimed at regional studies, today the museum is a collector of the unique history of the Sea City.
Opening hours: Daily 10:00 am – 7:00 pm

At a permanent exhibition in the Vladivostok Museum presented retro cars and motorcycles – Soviet and foreign, more than 50 exhibits. The exposition is located in six rooms on the exhibition area of ​​1000 square meters. m. The collection contains authorship of the Second World War, including captured German and Japanese motorcycles, cars of the 1950s, late Soviet technology. A separate place is occupied by the exhibition dedicated to the legends of seaside motorsport. On the walls of the museum are photographs of old Vladivostok, posters from the time of the USSR and information stands with historical facts.
Opening hours: Daily 10:00 am – 6:00 pm

The art gallery in Vladivostok was founded in 1965, a year later it received its first visitors.

The permanent exhibition contains more than 150 masterpieces of Russian and foreign art, the most famous are paintings by Repin, Aivazovsky, Serov. Also in the gallery you can see icons, canvases by European masters of the 16th – 20th centuries, paintings by Soviet artists, regional works by seaside painters. Most of the works were transferred from the collections of the largest St. Petersburg and Moscow art museums.

This recently redone museum dates from 1890 and offers three floors of galleries, although there’s little in the way of English labelling. Exhibits delve into local history, covering early explorers of the region,

The Primorsky Theater pleases its viewers with a diverse repertoire. From children’s tales to heroic tragedies. Performances include classic works by domestic and foreign authors. A striking difference between the theater in the combination of musical and dramatic art. Undoubtedly a strong cast and deep study of the characters. Often other Russian and foreign troupes come here on tour. 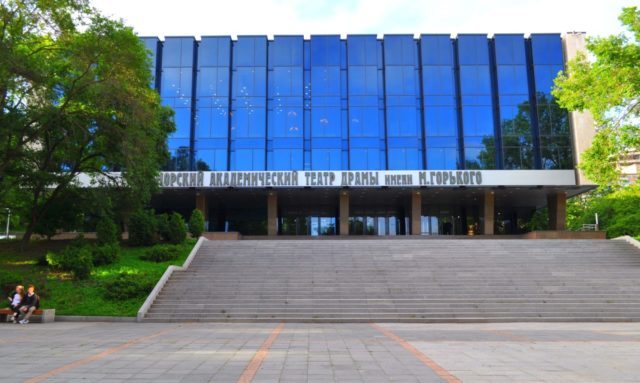 Most of the theater’s repertoire consists of classical productions of world famous opera performances and ballet. The opera repertoire of the Primorsky Theater includes such productions as: “Carmen”, “Rigoletto”, “La Traviata”.

Among the ballet performances are such legendary shows as: “The Nutcracker”, “Sleeping Beauty”, “Giselle”.

To familiarize children with contemporary art, the following are held: the symphonic fairy tale “Peter and the Wolf”; performances from the series “Music of Sand Tales” for children 3–8 years old (for example, “The Snow Queen” and “Christmas Ray”), operas based on fairy tales (“The Tale of Tsar Saltan”).

The theater hosts evenings of ancient and modern choreography (production of The Firebird), one-act ballets (Bambi. In the Jungle), and concerts of symphonic music. 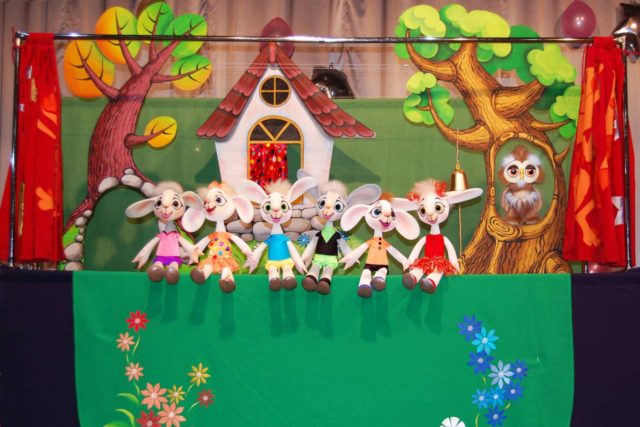 The Puppet Theater has been conducting foreign touring activities since 1989, and has been acting as the organizer of theater festivals since 1996. Theater artists work with dolls of various types and sizes. The main repertoire is fairy tales for children from 3-5 years. The repertoire developed over the years includes productions of Russian and foreign classics for children, folklore works (including French, Arabic, Tatar, etc.), and modern fairy tales. There are two stages in the theater – the Main one, where most of the performances are staged, and the Small one, suitable for chamber productions for the youngest spectators from 3 years old.

A significant proportion of the current repertoire of the Youth Theater in Vladivostok consists of performances based on literary classics familiar to everyone from school and staging fairy tales for children. The theater often pleases the Vladivostok audience with interesting premieres and festival performances. Now presents 29 different performances.

The leading groups of the Primorsky Philharmonic are the symphony orchestra, the history of which began even before the founding of the philharmonic, and the pop orchestra created in 2014. In the Great Hall, designed for 626 seats (140 of them are on the balcony), famous Russian and foreign music groups often tour, classical festivals, solo and choral performances, and creative meetings are held. A small hall for 120 people often becomes a venue for concerts for children, musical evenings and even holiday programs. 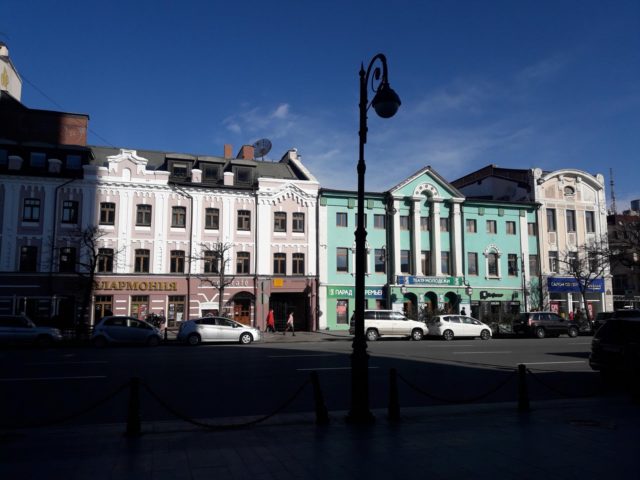