The history of the Church of the Intercession of the Mother of God in Vladivostok began in 1900: the church was laid in the cemetery, in 1902 it was consecrated.

Under Soviet rule, it was decided to abolish the old cemetery along with all the buildings on the territory. The Church of John of Kronstadt and the Seraphim Chapel did not survive, the Intercession Church was blown up in 1935.

The revival of the parish in the Pokrovsky memorial park began in the first post-perestroika years. Under the monument to Lenin, the preserved foundation of the original temple was discovered, which the main one for the reconstructed cathedral became. The construction of the Intercession Church was carried out from 2004 to 2007, now it has the status of a cathedral, open to believers.

The temple is located in the southern part of the park and is clearly visible from the intersection of Oktyabrskaya and Okeansky Avenue.

Services are regularly held in the cathedral, sacraments of weddings, communions, and funeral services are performed. 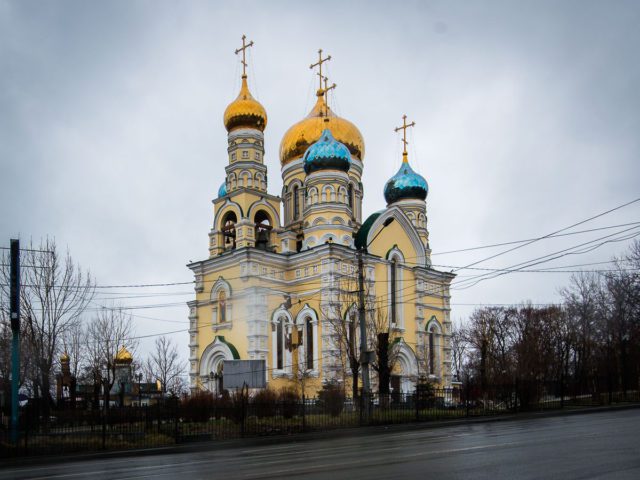 The history of St. Nicholas Cathedral in Vladivostok began in 1905, when the construction of the church was approved in memory of the soldiers who died in the ended Russian-Japanese war. The temple was consecrated at the end of 1907, it had not only memorial significance, but also was a center of education – a school for ordinary children worked under it. Under Soviet rule, St. Nicholas Cathedral was closed from 1923 to 1972. At this time, the building was used for civilian purposes and quickly fell into decay. A kindergarten worked in it, then a toy factory was opened, for some time there were an art studio and even residential apartments in the premises. The Orthodox Church, the building of St. Nicholas Church returned in 1972, the restoration of the complex was completed in 1976. Now the temple has the status of a cathedral, services are regularly held there. 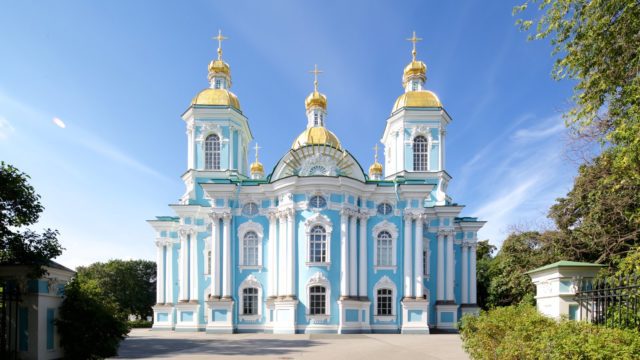 St. Paul’s Church in Vladivostok is a monument of North German Gothic architecture, as well as the oldest church building in the city, built in 1907–1909 in the city center, on a hill near the Eagle’s Nest. In 1997, the church was handed over to the Lutheran community of the Far East, at the same time Germany included the church in the list of monuments of German culture abroad, in addition, the country partially financed restoration work. Now the temple is operational, services are held in it.

Organ concerts in the Lutheran church in Vladivostok have been held since 2006. Information about them is always available in the city event poster, entrance is paid.

The Catholic parish in Vladivostok was officially founded in 1890. The first wooden church for parishioners, built in 1891, burned down in February 1892. Before the construction of the brick church, services were carried out in a prayer house. A permanent neo-Gothic red brick church was founded in 1908, but the work lasted several years, and the consecration of the Catholic Church (still unfinished, without towers) took place only in 1921. The temple became a cathedral for the Vladivostok Catholic Diocese. Since October 2015, organ music concerts have been held at the church. Now the temple is operational, services are conducted daily.

The one-story building of the synagogue was built in 1916-1917. Previously, the urban Jewish community could only use rental premises at the same address. The construction of their own building was carried out at the personal expense of community members, the initiator and one of the main philanthropists was the merchant L. S. Skidelsky. At the end of 1932, the Soviet authorities closed the synagogue and abolished the community. The building housed a club, and then a candy factory shop, which managed the premises until the early 1990s. The building was repeatedly rebuilt and expanded to the needs of the factory. Only the western and southern facades were partially preserved with the original decorative elements. The synagogue in Vladivostok received the status of a monument of regional significance in 1996, by then the building was already in a deplorable state and needed repair. The Jewish Communities Federation building was transferred in 2005. The grand opening of the synagogue after a complete reconstruction took place on December 18, 2015. Now the renewed synagogue is the center of Judaism in Vladivostok, including the educational one. 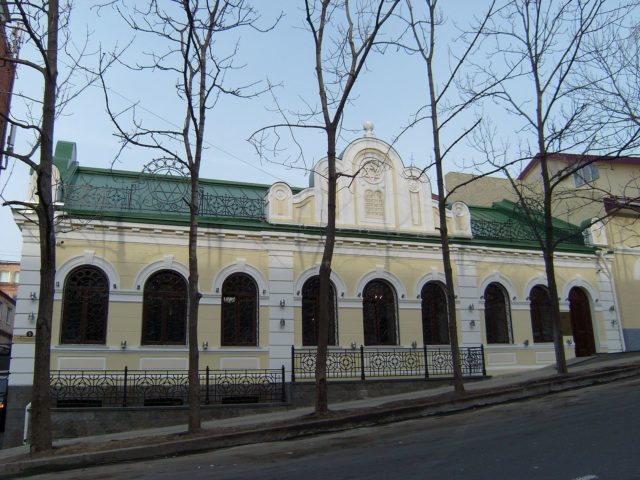 Church of the Assumption of the Mother of God

The first Assumption Church in Vladivostok was founded in 1861. The iconostasis for the wooden church was made of ship’s sail; a ship bell was placed next to the church under a canopy. Under Soviet rule, in 1932 the cathedral was closed, and in 1938 it was destroyed. A civil building was built on the foundation, which then housed the school for some time. In 1997, the building of the former cathedral house was transferred to the church, which was part of the ensemble of the lost Assumption Cathedral. This building was restored and completed, in it the parish of the Assumption of the Blessed Virgin Mary was revived. The altar of the temple was painted by masters of the school of the Trinity-Sergius Lavra . The new temple bell tower was completed in 2010. Nowadays, the temple is operating, services are held daily.