The island of New Holland in St. Petersburg is the only of the 42 islands of the city, created by people. More than 150 years of access to the island was closed, but now it has become a venue for festivals of culture and art, various events and interesting events.Guests of New Holland are waited by a set of entertainments for every taste.

Lectures and seminars, many of them are free, you just need to pre-register.

Now New Holland is open to guests all year round. In winter, a skating rink with music, lighting design and its program of events will be flooded over the lawn.

The mosaic courtyard on the Fontanka is part of the open-air museum created by artist Vladimir Lubenko and his students. His visit is not included in the city excursion programs, but tourists who are close by should look into an amazing space and appreciate the bright objects decorated with mosaics.

The mosaic courtyard of the Academy of Arts is divided into zones that can be inspected both separately and as part of a single composition. Among the exhibits are figures of angels and people, animals and mythical creatures. The complex tuberous forms and rich colors of the courtyard are reminiscent of the works of the Austrian painter Friedensreich Hundertwasser and the Catalan architect Antonio Gaudi.

mosaic objects in the courtyard that perform not only a decorative function: a working fountain, comfortable benches with iridescent sunshine, a sundial and even a children’s playground.
Address: st. Tchaikovsky, 2/7, St. Petersburg 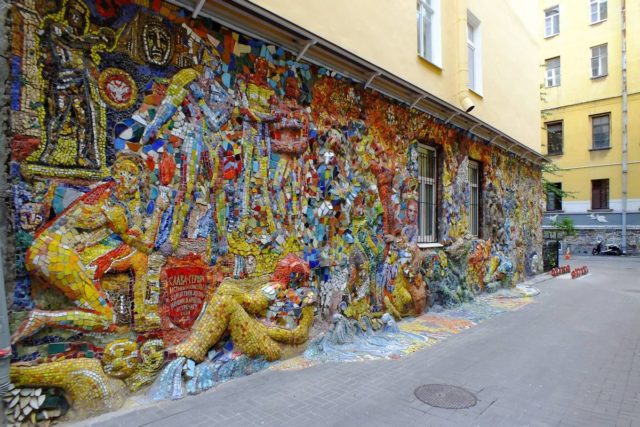 In 2006 the Government of St. Petersburg adopted the Resolution about ” The plan of measures for the development of the territory of Yelagin Island”, with the main directions for the restoration of historical and architectural objects, the reconstruction of the landscape and the ecological environment of the park.

In 2012 the natural complex of Yelagin Island was declared as monument of nature of regional significance “Yelagin Island”, and the territory occupied became a specially protected natural area of regional importance.

Loft project “Floors” – trade and exhibition space, unique in St. Petersburg. It is located in the premises of the former factory (hence the name “loft”) and accommodates various types of establishments – from exhibition halls and rest rooms to cafes and shops.
The area of art space – 3000 square meters. m. At present, there are more than 150 institutions of various orientations.
Special attention is attracted by the roof of the “Floors” – this is a fully-equipped, platform where events are held on summer days and there are recreation areas. In addition, it is a large observation platform, from where you can see the whole center of the city. 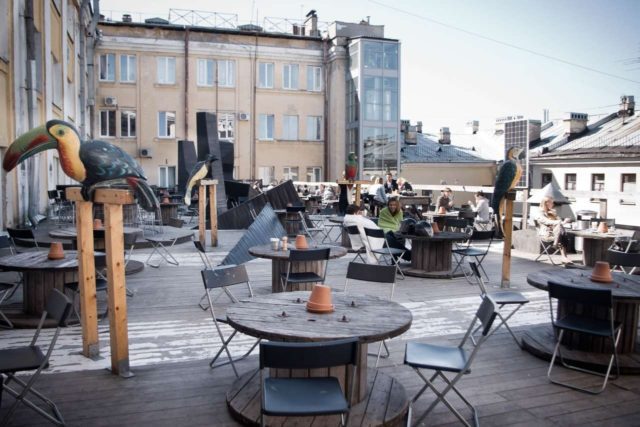 View of the architectural sights of St. Petersburg;
Panorama of the building of the Book House;
The opportunity to admire the city from a bird’s eye view and go unnoticed.
In this area there are many roofs from which a magnificent view of the city opens. But it is worth considering the fact that some of them do not reveal the full picture, cutting down important details.

It is the roof, which is located closer to the Vosstaniya Square, that can open up unbelievable pictures to all romantics, allowing to feel the whole atmosphere of the most mysterious and mysterious city of Russia. 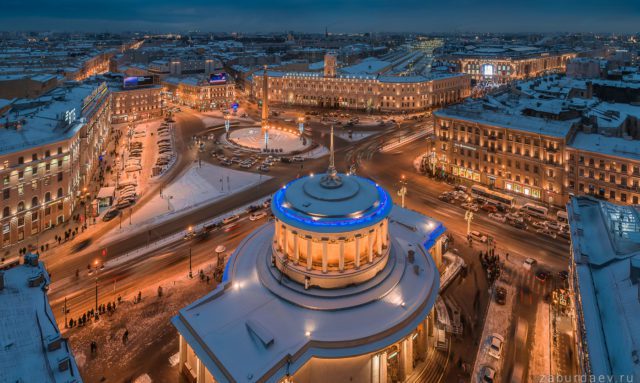 St. Isaac’s Cathedral is the largest Orthodox church in the city. Every year there are an incredible number of tourists who want to enjoy the bright panorama of St. Petersburg.

Visitors to the open observation deck can admire the magnificent architectural sights of St. Petersburg, look at the Winter Palace, feel the amazing view of Vasilyevsky Island, marvel at the beauty of the Admiralty.

It was the bell tower of the Peter and Paul Cathedral that for many years was the tallest building in St. Petersburg, which is located in the Peter and Paul Fortress. From the open viewing platform you can admire the panorama of the beautiful Palace Embankment and the Admiralty, and on the other side look towards Petrogradka and feel the beauty and splendor of Vasilyevsky Island. 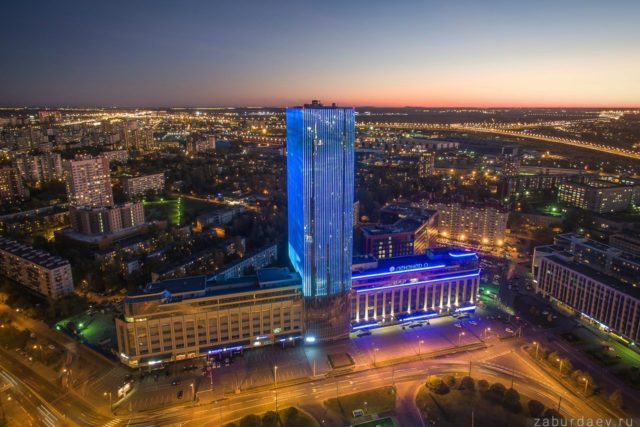 John Lennon Street is an unofficial landmark in St. Petersburg, which is located in one of the courtyards in the city center. Hidden from the official tourist routes, this place is unique in its creative spirit.
The founder of Lennon Street is the Beatles fan and the old-timers of this court, Nikolai Vasin, who installed a sign with the name of a “non-existent” street. Later in the courtyard appeared plaster sculptures of all the participants of the Liverpool four, and on the walls there were drawings devoted to the work of the Beatles. And in 1989, the famous Art Center “Pushkinskaya-10” was born here.

Roof Place is an open space that accommodates an audience of up to two thousand people. In the center there is a dome with an equipped concert stage, next to it there is an arched tent with an area of 130 square meters; two separate covered premises of 115 square meters with access to the site and hookah.
Address: St. Petersburg, Kozhevennaya line, 30

The new format of the oldest European kotkafe “Republic of cats” Opened in December 2016 Guests have the opportunity not only to communicate with 40 fluffy inhabitants of kotokafe while having a cup of coffee, but also to shelter one of them at home. To do this, you must have an interview with curators of animals. Among the inhabitants of the katokafe there are world-famous cats of the Hermitage and representatives of the aboriginal Russian breeds. The largest kotokafe Europe is based on the watercolor works of the St. Petersburg artist Vladimir Rumyantsev. Kotocafe on the donation system: guests can make any comfortable amount to support the project. The menu includes desserts, snacks, and an extensive coffee menu.
Address: Republic of cats
St. Petersburg, st. Yakubovich, 10
Daily, from 10 to 22 hours.
Every year in June – from 10.00 to 6 in the morning.

A garden with many modern sculptures: Blok, Brodsky and Gogol’s Nose. The sculpture park was opened in 2002. You can get inside yourself, through the janitor (you need a passport), or with a guided tour.
ADDRESS: University Embankment, 11

Necropolis of the Museum of Urban Sculpture

Under the authority of the museum more than 200 monuments and 1,500 plaques

Unique Russian museum of monuments located in open city space. The main exhibition of the museum – the tomb and necropolis of the Alexander Nevsky Monastery.

This oldest book store in St. Petersburg was founded in 1934 by the initiative of M. Gorky and S.М. Kirov. Today in the bookshop there are meetings of St. Petersburg writers, poetry evenings, presentations of new books and much more. Soon opening of the readers’ club is planned.
Address: Nevsky Prospect 66

Large inscription “Photo Salon” merges with the houses, so be careful. It will be necessary to climb to the top floor, and inside – a small room with glass ceilings (on a sunny day it is very beautiful). You will be met by a pretty grandmother, will take the entrance, tell you who Karl Bulla was and what exhibitions they have at the moment. There are many beautiful pictures, postcards and paintings in the gallery, as well as old, but quite working cameras. And most importantly – the observation deck, which offers a great view of the city center.

A great bookstore that can easily take you to the Hogwarts Library. There are high shelves, which can be reached using the stairs, the rarest numbers of foreign magazines and books almost in a single copy. And it is also a paradise for the office maniac. Do not splurge on another notebook there is impossible. If you make a purchase of more than 1500 p., Pour free (and very tasty!) Coffee. There you can sit for coffee and look through Brodsky.

Creative space on the Palace Embankment, where different performances and festivals are held. Also on the territory of “Taiga” is a comfortable hostel and a lot of interesting shops. In one of the showrooms all sorts of unusual decorations are sold. And there you can go to the wicker balcony with an unreal view of the Neva.
Address: Dvortsovaya nab., 20

Park Of The 300th Anniversary Of St. Petersburg

Address: Primorsky Prospect, 157, St. Petersburg 197374, Russia Save
opening hours: daily, 7: 00–23: 00
The park of the 300th anniversary of St. Petersburg is the youngest, it was founded on October 7, 1995 in honor of the anniversary of the Northern capital.
The central objects of the park are the pool and the three fountains, to which the main alley is paved with tiles. Two fountains are located in the central part of the alley, the third with fish sculptures – at the end, near the tower, which will be described in more detail below.
Various festivals and holidays are held in the park. It is located on the coast of the Gulf of Finland

Museum “Inside a Man”

Why does a man sneeze? Who had the longest nose? How much memory is stored in the brain? In the museum “Inside a man,” why are waiting for answers to hundreds of questions.

The theater begins with a hanger, and the journey through the human body begins with a tongue.
You will learn how many times in your life your fingers bend and how a person looks like a koala. What is more powerful – the human heart or the engine of the Titanic? All this will not tell you – you can see for yourself!
During the mini-adventure, children and adults are allowed to touch and photograph everything. Down with boring anatomy textbooks! Welcome to the inner world of man.
Address: St. Petersburg, Bolshaya Morskaya Street, 5

4,000 m2 for those who love sports and are not averse to tickling their nerves! Bungee, laser tag, rope park, various slot machines – at every step only positive! But – not only … Are you ready to experience the thrill?
Address: St. Petersburg, Dolmoozernaya Street, 14 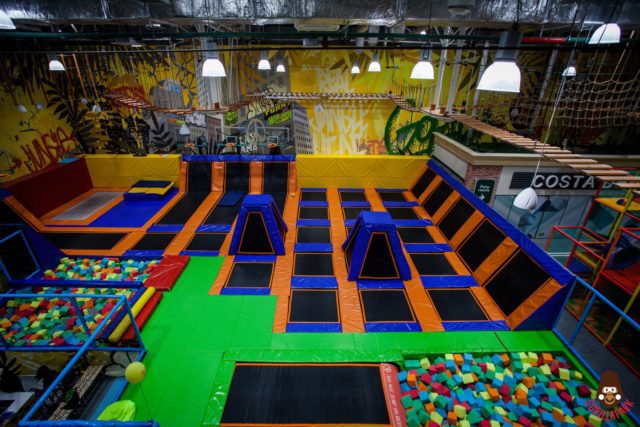