A complicated and eventful history gave the city more than 300 attractions, and today tourists from abroad and from different regions of Russia rush to immerse themselves in the Middle Ages, walking along the historical streets of the glorious Swedish-Finnish-Russian fortress city of Vyborg.  There is a museum in the castle with permanent exhibits and temporary exhibitions; knightly tournaments, festivals, concerts and holidays are held annually on the territory. 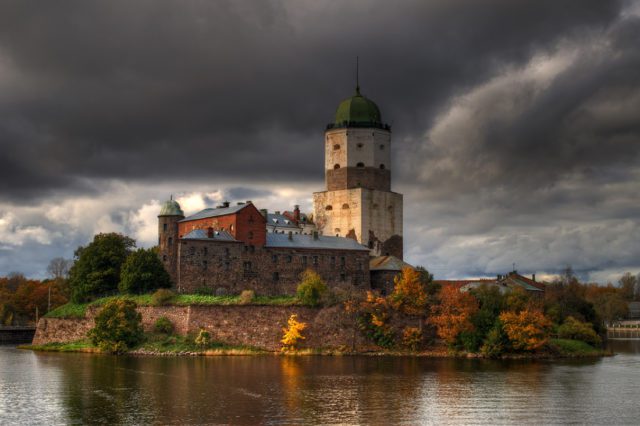 Alvar Aalto gave his name to the Central Library, which is located in Vyborg and is an important historical and cultural site. Almost all tourists who come here try to visit this memorable place. Several features of architectures:

The Old Town Hall is located on the territory of the eponymous square and is one of the most beautiful and elegant buildings that can be seen in Vyborg. At the end of 1643, when the Town Hall was erected, this object was considered the largest building in the whole city.

Like many other ancient cities, Vyborg has its own market square. The Vyborg trading platform differs from similar places in its rather rare architectural solution – a “cascade” of three squares that lie on the same diagonal between Sobornaya, Teatralnaya and Rynochnaya squares.

The Round Tower is located on the square, this is one of the main symbols of the city. This is a fairly old archaic building, which has been preserved since ancient times. This combat artillery tower was built at the end of 1550, it joined the stone wall protecting the city. There is currently a restaurant in the tower.

The building also has a covered market building. At the moment, it performs its direct function: they sell everything they can, including clothing, food, vegetables and fruits, souvenirs, household goods, dishes, etc. 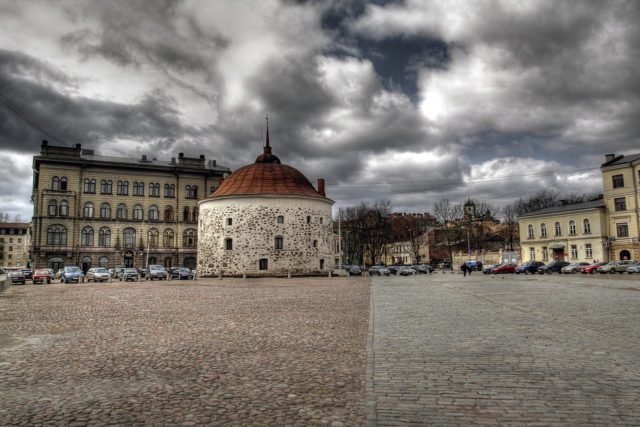 The main religious place of Vyborg. The cathedral is located in the heart of the Old Town on the square named after him. It combines spirituality and the unique architecture of the classical style, which claims to be the best monument of classical architecture. To date, the cathedral operates as usual, daily services are performed there.

The Vyborg clock tower is considered one of the key elements of urban history. At the beginning of the XV century, none other than the Pope called for the construction of a temple in Vyborg, promising to absolve all who would contribute to the construction of the cathedral. The statement of the pontiff influenced the enthusiasm of the citizens, so the cathedral was built very quickly, in addition, stone was used to build it. This was very unusual, since at that time all the churches were built mainly of wood. Now the tower is closed to visitors, and tourists can only admire its facade.

The Hermitage – Vyborg is a new exhibition center, which is a branch of the main Hermitage. Today the museum can boast of having a huge number of original and unique exhibits, everyone will find here something interesting for themselves. There is a special department where almost everything is devoted to archeology and, in particular, excavations. 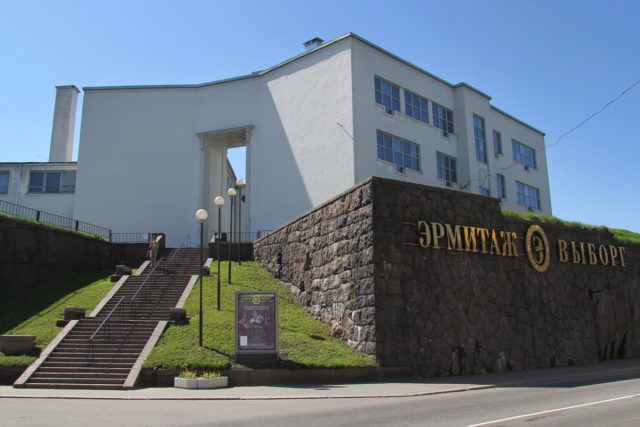 Monrepos includes a manor complex, a rocky park, architectural monuments, a vast forest and nearby islands. Another interesting place is the “Grotto of Desires”, a tradition is associated with it. Inside, you can make a wish, which must come true. In addition, the grotto leads to one of the most picturesque places in the park – the rocks.