Entrance to the territory is free, and inside there will be entertainment for visitors of all ages. The zone for kids is equipped with slides, labyrinths, swings and other game elements. Park is the winner and the winner of the VIII contest “CRYSTAL WHEEL-2010” among the amusement parks of Russia  For older children, carousels, trampolines of various designs and a race track are designed. Thrill-seekers will enjoy extreme rides. The circle of people wishing to receive a dose of adrenaline is limited by age (older than 13 years) and growth (not lower than 140 cm). You can check your accuracy in the classic shooting range, shooting from air rifles, or in a high-tech interactive laser tag.

Ticket Price: The entrance is free. 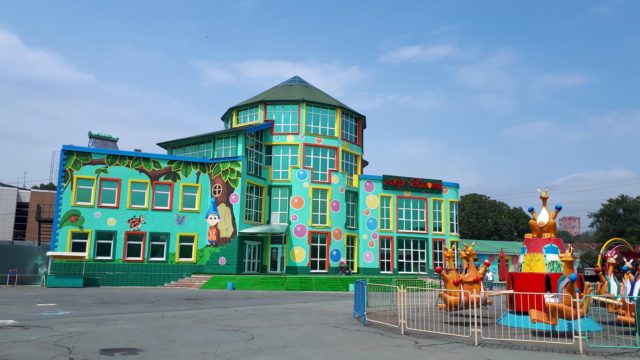 KidBurg is an interactive park of the federal network located in Vladivostok in the Sedanka City shopping center. In total, the park’s sites are a “real world model” with the possibility of building a career and getting the first salary for young visitors. The main feature of the park is its stations, where children from 1.5 to 14 years old can learn their favorite specialty and gain their first professional skills.

Panda Park in Vladivostok is a place for family and extreme relaxation for visitors of all ages, located in the Kalina Mall TVC. The territory of the park is a covered arena equipped with numerous climbing structures. Each rope route in “Panda Park” consists of numerous obstacle courses – both adults and children can overcome them. It is known that in the “Panda Park” there is a rope track for visitors with a variety of climbing skills.

The Einstein Children’s Entertainment Museum in Vladivostok opened in April 2016. The permanent exhibition at the Vladivostok Museum of Entertaining Sciences is interactive: exhibits created to demonstrate the laws of physics, chemistry, and biology are allowed to be touched and put into action.

The Primorsky Aquarium opened on September 6, 2016, and since then it has become very popular with Vladivostok residents and visitors. The building of the Primorsky Aquarium was built in the form of a huge beautiful white shell with an area of ​​more than 37,000 square meters. About 15,000 cubic meters of water splash in his aquariums! And the largest aquarium took an honorable third place in the world!

On the territory of the building of the oceanarium with an area of ​​five football fields, there are 135 different aquariums, ranging in size from small to large. In one of the largest, an amazing 70-meter tunnel with a width of 2.5 m is equipped, through which visitors can pass, admiring a variety of fish.

The amazing rooms of the aquarium are divided into 9 thematic expositions, in which representatives of all the oceans of the earth and numerous representatives of freshwater reservoirs live. In a separate wing of the shell building there is a wonderful dolphinarium with a capacity of up to 800 spectators, in which charming artists perform – dolphins, seals, belugas and walruses.

Demonstration performances in the dolphinarium are held at 11:00 and at 15:00 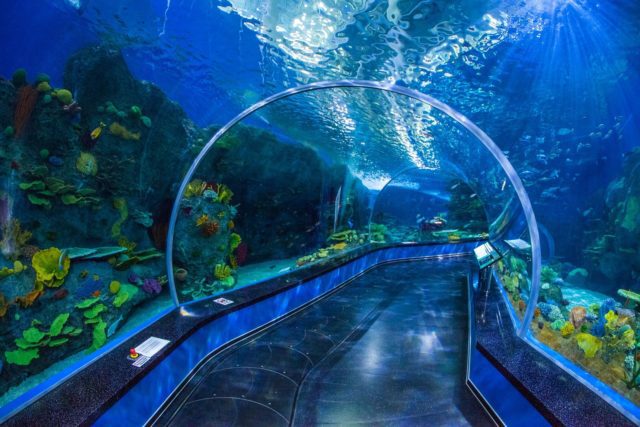 The uniqueness of the Seaside Safari Park (also known as the “Shkotovsky Safari Park”) lies in the fact that only animals living in the Primorsky Territory can be seen here. An exception is the new Lion Park, where you can see exotic wild cats. In total, over 70 species of animals are represented in the Safari Park in Shkotovo. A large territory is arranged in such a way that guests do not see animals through bars, without glasses and ditches. However, guides are always accompanying visitors throughout the territory. Near the park there are cafes and houses where you can spend the night. The total area of ​​the Safari Park of the Primorsky Territory is 16 hectares. One of the main tasks of the park is to help animals with problems: those who are left without parents, sick, wounded who cannot survive on their own in nature. At the same time, after recovery and successful rehabilitation, animals are returned to their natural habitat.