The Sochi Museum Center is located in the Olympic Park. It opened in June 2017, combining most of the permanent exhibits and exhibitions of the Sochi Museum. 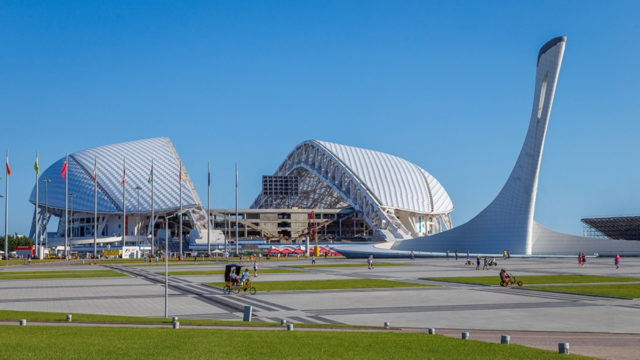 The Tesla Museum is an interactive exhibition-show includes an animation clip about the great scientist with a demonstration of his achievements and experiences with electricity. The video is a fascinating visual story about myths and truth in the life of Nikola Tesla. Many phenomena are attributed to the Serbian scientist – from the fall of the Tunguska meteorite to the invention of the death rays. Visitors will find out whether he invented a time machine and a wireless way to transmit electricity. After the video, the audience is waiting for the Tesla show with the participation of the stunt mage Megavolt the Lord of Lightning. The show is a scientific and entertaining performance with lightning and the participation of the most courageous spectators in the “Cage of Fear” test. 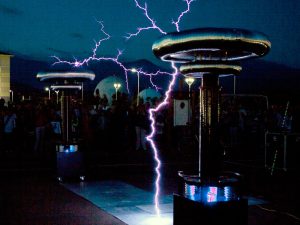 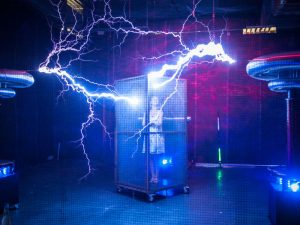 Museum of the USSR

The exposition includes more than 5000 exhibits demonstrating the historical path that our country has traveled in the 20th century. The exhibition reproduces Soviet workplaces, store shelves, interiors of Soviet apartments and school classes. The exposition of the museum is constantly replenished – the inhabitants of Sochi bring household items of Soviet life, antique clothes and toys.

In an entertaining game form, visitors get acquainted with the achievements and inventions of the legendary da Vinci, who was both a scientist, artist, philosopher, sculptor and mechanic. Many exhibits are active, they are reproduced according to the sketches of Leonardo da Vinci or the successors of his work. Among the subjects of the exhibition: catapults and crossbows, a perpetual motion version, a glider and trebuchet. Young visitors (and many adults too) are delighted by the fact that all inventions can be touched and experienced. 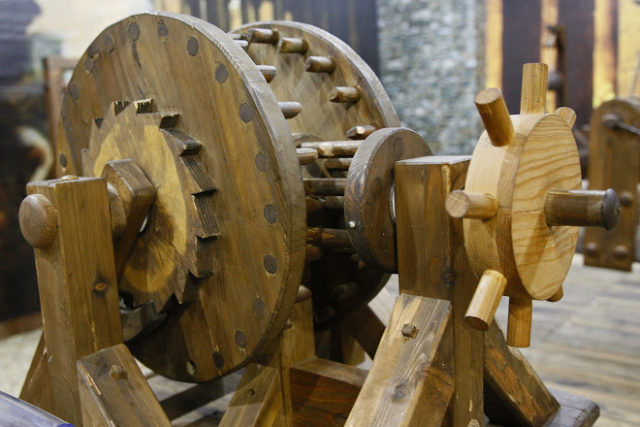 Museum of the history of Sochi

The museum has several rooms of various subjects. Their content includes historical and cultural exhibits, as well as expositions concerning the nature of the region.

On a tour of the museum you can get acquainted with such halls as: “Archaeological sites of the Sochi region”; “The Sochi Foundation”; “Migration movement from Sochi district”; “Resort development, culture of Sochi”; “Sochi during the period of three revolutions and civil war”; “Sochi during the years of reconstruction of the resort”; “Sochi-city-hospital”; “Sochi in the period 1946 – 1990”; “Cosmonauts in Sochi”; “Recreational resources of the resort”; “Nature of the Western Caucasus”; “Life of the Black Sea”.

Museum of sports and classic cars in Sochi

The main museum collection includes racing cars of different years of production (period 1930–90). 79 exemplary cars are exhibited here, which once raced at a frantic speed along the most popular sports highways and auto tracks of the world. Visitors can personally see the chic Lamborghini and Ferrari, Jaguars and Dodge Viper, Chevrolet and Lincoln, Cadillacs and other rarities. 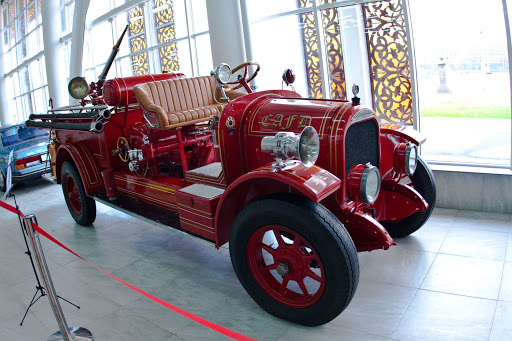 Museum of Sports Glory of Sochi

The museum displays exhibits related to the sports achievements of famous Sochi residents, including volleyball and skiers, yachtsmen and tennis players, bobsledders and swimmers. The exhibits include personal items, photographs, sports equipment and detailed biographies of those who glorified Sochi with their achievements throughout the world. 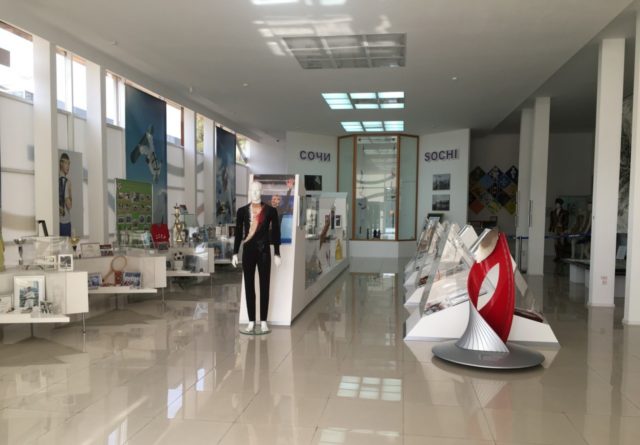 Sochi Auto Museum is one of the largest Soviet-era car museums in Russia. The museum presents a unique collection of Soviet retro cars: in total over 100 exhibits, the date of production of models is the 1930-1990s. The collection of the car museum includes: the legendary Seagulls of high-ranking officials of the state, Volga, Zaporozhets and Moskvichs, ZIS-110 (the fastest Soviet car of the 1940-1950s), the first car made by personal order Stalin and other models that can now be seen except in old films and photographs. 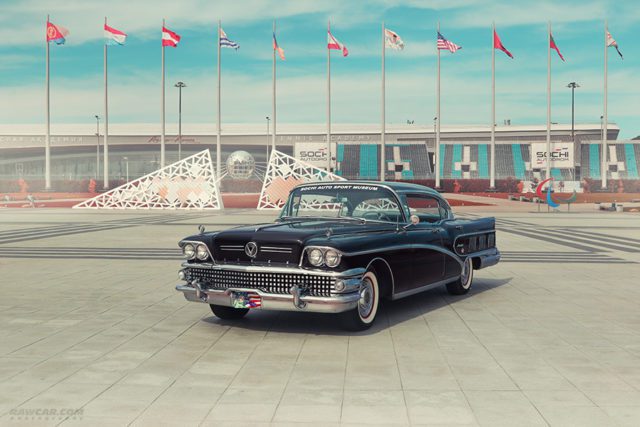 Grandma’s Hut is a small private museum located in the village of Progress, about 20 km from the city of Sochi. The hut is the family nest of the founder of the museum, Roman Veslovsky, in memory of his grandmother, he decided to restore the house and the atmosphere in it. In addition to the museum, the founder contains a family winery, in which everyone can taste different types of wine and purchase the products they are interested in. Visitors can also try organic honey from their own apiary.

Winter Theater is located in the heart of Sochi, very close to the Black Sea. It has long been one of the main attractions of the city. Every year, the theater walls receive more than 500 thousand visitors. The Winter Theater is part of the Sochi Concert Philharmonic Association. The theater building is located Sochi State Philharmonic. The Winter Theater received its international fame thanks to the events held here: the Kinotavr Film Festival; The music festival “CRESCENDO” by Denis Matsuev and the Winter Art Festival of Yuri Bashmet. In addition, more than seven hundred performances take place in the theater every year. The repertoire includes musical concerts, ballet and opera productions, drama performances. 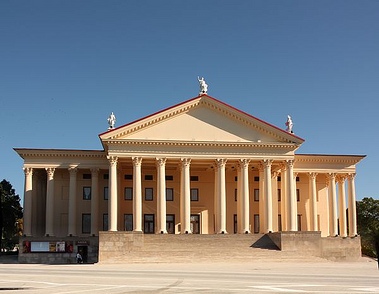 The Summer Theater in Sochi is located in the beautiful seaside park named after Frunze, one of the oldest parks in Sochi, located in the Khostinsky district of the city. The area near the theater is decorated with a large flower bed with roses. Among the flowers are sculptures of composers Tchaikovsky, Rimsky-Korsakov and Glinka. Straight from the theater building begins the descent to the sea along a wide staircase surrounded by date palms. Concerts or evenings of humor are held all year round in the theater, pop and classical vocals and jazz sound on the renewed stage. 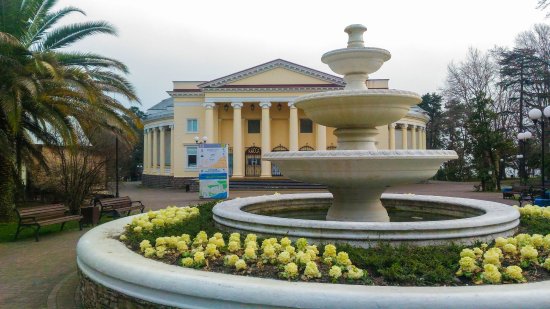 The Green Theater is one of the biggest tour scenes of the city of Sochi, it is inferior only to “Festival” . The building is at the same time a cinema and a concert hall without a roof, it is located on the territory of the Riviera amusement park . The place was built in 1959 and has been repeatedly renovated. In the warm season (from May to September), the stage of the theater becomes the scene of creative festivals, you can also see performances by pop performers, and Russian satirists are among the most frequent guests at the Green Theater, with a huge audience. Recently, you can regularly see rock musicians and chanson performers here. 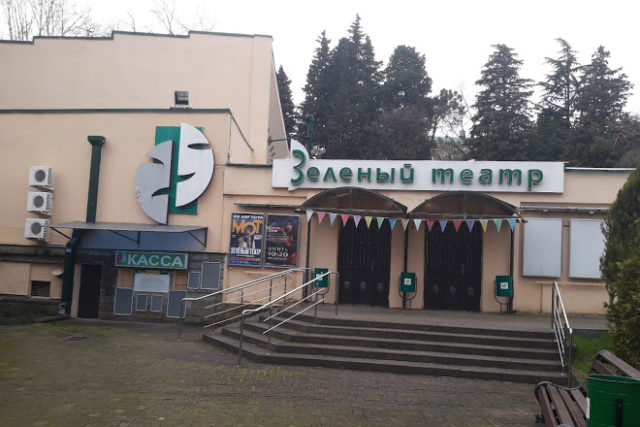 The main “trump card” of a unique concert venue is, of course, its location in the open air. You can enjoy the music of your favorite performers surrounded by rich southern vegetation, feel the breath of the sea breeze and catch the reflections of the setting star. The Festivalny Concert Hall is located on the central promenade of Sochi, that is, right in the heart of the resort. The hall is rather capacious, 2500 spectators can comfortably accommodate here. Since the evening trip to the concert is a good addition to a beach holiday. The concert hall is open all summer season, however, due to clear weather reasons, it does not function during the cool season. During the season, there are many bands and performers representing various genres, ranging from popular performers and symphony orchestras, to ethnic ensembles of songs and dances. 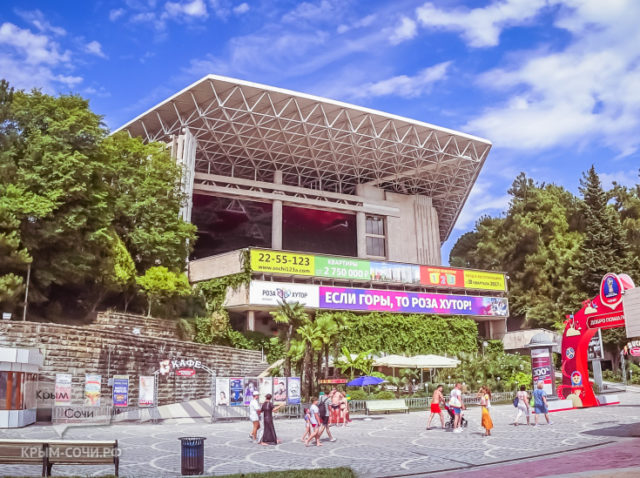 previous
Sochi: Festivals in Sochi
next
Sochi: Temples and Cathedrals