Festival of Light (April and November)

The first edition of the festival in Saint-Petersburg took place in April 2016, as a dedication to 260 years anniversary of the Alexandrinsky Theatre. With the help of 3D-mapping technology the facade of the city’s oldest theatre, as well as other monuments of the architectural ensemble of the Ostrovsky square, were involved in a game of light, music and optical illusions.

In November 2016 the autumn festival of light represented a series of shows on the facades of the architectural masterpieces of Saint Isaac’s square — Mariinsky Palace and Saint Isaac’s Cathedral. The main character of the shows was the magnificent Saint-Petersburg — its history, legends and images, its soul and memory. The festival was the climactic point of the celebration of the Unity day and got a historical record of 3D-mapping height: 101.5 meters. The project was seen by more than 400 thousand people. 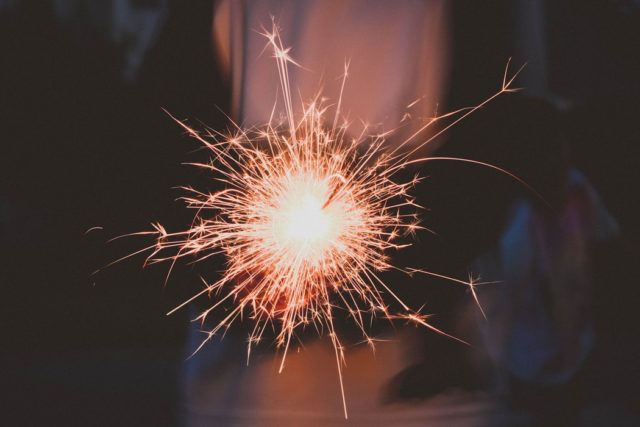 In 2014, the staff of the Krasin Icebreaker Museum proposed the idea of ​​organizing a holiday in St. Petersburg dedicated to the icebreaker fleet, with a parade of active icebreakers and the possibility of open access to their decks. Thus, the first icebreaker festival in the world, which engendered a new Petersburg tradition, was held in the year of the 150th anniversary of the Russian icebreaker fleet.

The festival of icebreakers is an unparalleled maritime holiday in the world.

Excursions to icebreakers, concert and exhibition programs, children’s creative and entertaining master classes, contests and quizzes, as well as street performers and animators will be organized for the guests of the festival.

Shipyards, design agencies, naval universities and museums will take part in the festival.

Museum Night is an annual event dedicated to the International Museum Day, which takes place in 42 European countries. It will be taking place in St. Petersburg on the night of  penultimate weekends of May  from 6 p.m. to 6 a.m.

Traditionally, on this day, many St. Petersburg museums, exhibition and concert halls, galleries and libraries open their doors to visitors in the evening and at night, as well as prepare a special program: exhibitions, concerts, performances, author’s tours and workshops

Every year all programs will be dedicated to a common theme.

“Singing bridges” sound show (from May to September)

At night, hundreds of residents and guests of the city hurry to the Neva to see the St. Petersburg “highlight” – the show “Singing Bridges”. It is a kind of open-air philharmonic.

Musical accompaniment begins a few seconds before the start of the distribution of the Palace Bridge, creating emotional tension in the public. The best examples of Russian symphonic music sound above the Neva, and the illuminated spans of the Palace Bridge slowly rise upwards.

In the finale, Gliere’s “Hymn to the Great City” from the ballet “The Bronze Horseman” sounds.

The sounds of the music give a unique charm to the tradition of night bridge construction and allow you to feel the spirit and atmosphere of St. Petersburg to the fullest extent. 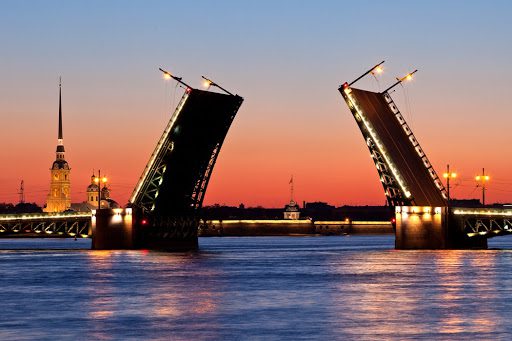 The Stars of White Nights (from May to July)

Every year, from May to July, St.Petersburg hosts the international music festival The Stars of the White Nights, founded by the artistic director of the Mariinsky Theatre, Valery Gergiev which has already become a legend. He gathers classical music stars in St.Petersburg.

Traditionally, the festival includes both the best opera and ballet productions by the Mariinsky Theatre and premieres, as well as grandiose symphony and chamber music concerts. World stars and young talented performers take part in the festival.

On May 27, in the city will take place events dedicated to the Day of the Founding of St. Petersburg. They will begin with a liturgy and the laying of flowers at the monuments of Peter the Great (” Bronze Horseman” and the tombstone of Peter the Great in the Peter and Paul Cathedral).

Within the celebration framework numerous exhibitions, concerts and performances of the artists are planned at the Palace Square. On Nevsky Prospekt, which will be closed for the movement of transport, there will be performances of various groups (singers, musicians, dancers, circus performers), street festivities.

The Ostrovsky Square will host the traditional ice cream festival, and the Ball of Nationalities will be held at the Spit of Vasilievsky Island.

The City Day will end with a grandiose fireworks.

In June, St. Petersburg will host the Flower Festival. Within the program of the festival, the best florists from Russia, Finland, the Netherlands Poland, Belarus, Latvia, Estonia and other countries will hold the “Parade of Flowers” for residents and guests of the city, which will take place along Nevsky Prospekt in the direction of Palace Square.

Horse-drawn carriages, retro-cars, artists and models in flower dresses will follow in its ranks. The program will also include concert programs “Flower Ball” and a contest of the best florists. 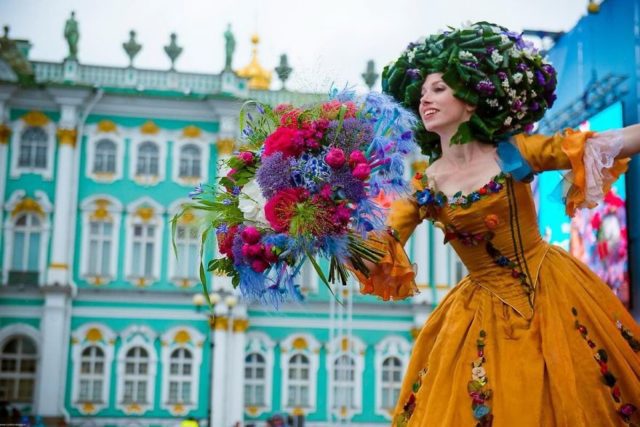 The Scarlet Sails is an all-Russian graduate prom, celebrated annually in St. Petersburg. This event became a symbol of the city.

The celebration has two stages: a big concert with elements of a theatrical performance on Palace Square and a grand light and pyrotechnical show in the water area of the Neva. Night show is a performance on the water, where the main event is the passage of a beautiful boat with scarlet sails along the embankments. During sailing there are fireworks and a light show fully synchronized with the music.

From one and a half to three million people go to the center of St. Petersburg to view the Scarlet Sails show every year. This is the only holiday in Russia listed in the register of world event tourism and recommended for visits in almost 20 countries of the European Union.

In the waters of the Neva River will be a parade of ships of the Navy. On the Palace Square will be shown samples of weapons and military equipment.

Anyone interested can visit the ships of the Navy and the Central Naval Museum. In the evening you can see the festive artillery salute near the walls of the Peter and Paul Fortress. 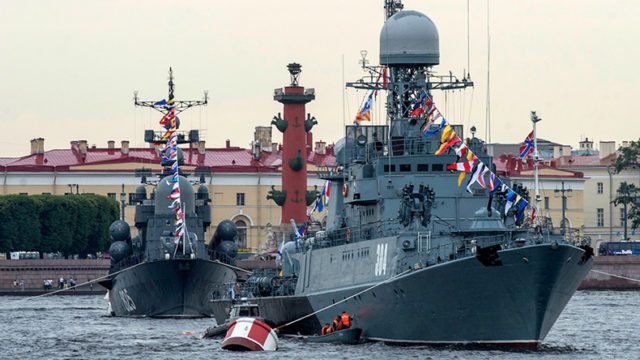 The autumn festival of fountains in Peterhof is held every year in mid-September and is a landmark event in the cultural life of St. Petersburg.

Especially for the play about an hour of original video content is created including episodes of architectural 3d-mapping. Leading soloists of Petersburg musicals, dancers and artists of the original genre take part in the performance.

A number of shows support the numerous special effects and pyrotechnics. 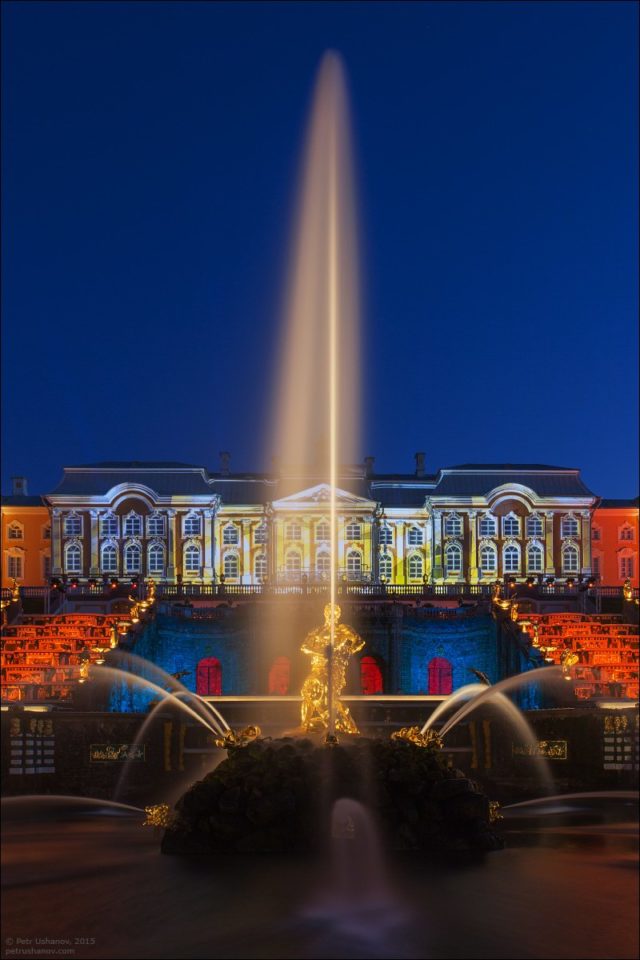