The uniqueness of the Kazan Kremlin is in a number of features inherent only to it, because the Kazan Kremlin is, firstly, the only operating center in the world of Tatar state culture and state power; secondly, it is the only Tatar fortress that has survived in the Russian Federation, in which the foundations of the original town-planning idea are preserved: the basics of planning, the town-planning composition and the functional organization of architectural complexes; thirdly, the historical interaction of various urban planning and architectural cultures: the Volga-Bulgarian, the Golden Horde, the medieval Kazan-Tatar, Italian, Russian and modern, was clearly expressed here as nowhere else. Kazan Kremlin is a unique sample of conceptual synthesis of Tatar and Russian architectural styles. Being the most southerly point of distribution of the monuments of the Pskov-Novgorod construction style in Russia, it is also the most northern point of the spread of Islamic culture in the world.

The Kazan Kremlin complex is located in the center of the city, on the promontory of the high terrace of the left bank of Kazanka. The territory of the museum is 13.45 hectares. The total area of ​​the Kremlin is about 150 thousand m2, the outer perimeter of the walls is about 1800 m.
On the territory of the Museum-Reserve are open exhibitions of a number of museums: 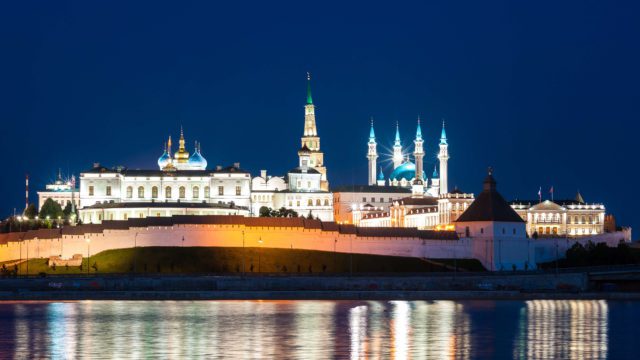 Masterpieces of art, graphics, painting and decorative arts are collected on 1000 square meters. Very often, lectures, scientific meetings and many other educational programs are held in the lecture halls and conference halls of the Hermitage. 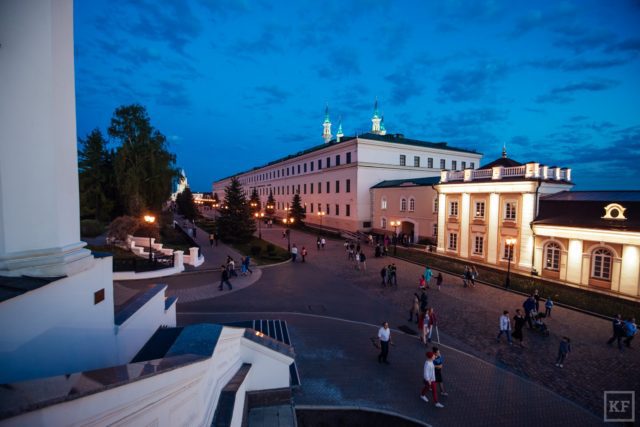 Museum of Natural History of Tatarstan

The museum of natural history of Tatarstan presents a collection of paleontological and mineralogical exhibits, meteorites, fossils, dinosaur skeletons and much more. A special pride of the museum is space scales, on which you can recognize your weight on any planet.

Museum of the History of Statehood of Tatarstan

The museum was founded in 2006 at the center of power and the oldest part of the Kazan Kremlin. The museum introduces guests to the culture, history, state structure of the Republic of Tatarstan and the nation itself.

The universal exhibition platform “Manege” serves to acquaint guests with the world not only of the ethnographic-national component, but also of modern art. At one time, the works of Pablo Picasso, Henri Matisse and Auguste Renoir were exhibited in this hall. Nowadays, not only exhibitions, but also interactive shows, concerts, art shows, charity evenings and much more are held on the territory of the Manezh. 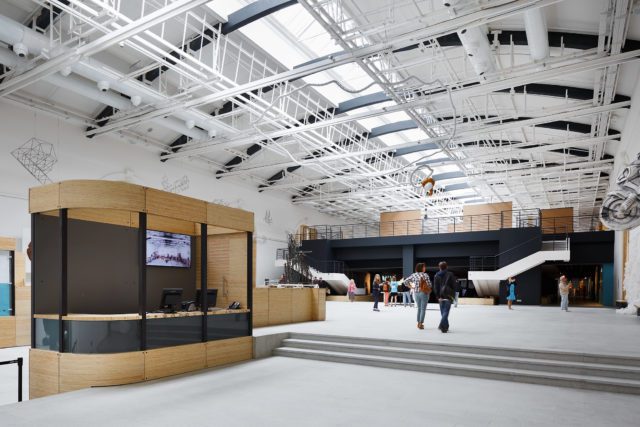 The exhibition site itself is an exhibit with a rich history. Initially, a casting pit was located on this site, where cannonballs were cast. The interior has remained in its original form. Today, the museum serves to organize exhibitions of various subjects, workshops, and even fashion shows.
Mode of the museum:

Since 2006, the museum is located right in the Kul Sharif mosque. The expositions are devoted to the cultural and historical values ​​of Islam and fulfills an educational and educational role, forms a national identity and strengthens Muslim traditions and spirit. 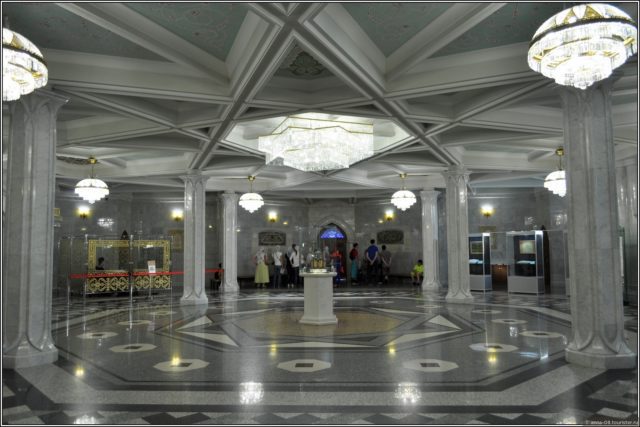 Museum of the History of the Annunciation Cathedral

This exhibition site is located right on the territory of the cathedral, which is a rarity. The cathedral was visited by all members of the Romanov dynasty. Along with the museum of Islamic culture, this museum displays Orthodox culture, introduces visitors to religious books, icons, chronicles, photographs and other exhibits of Christian themes. At the exhibition site there are several schools with regular workshops. 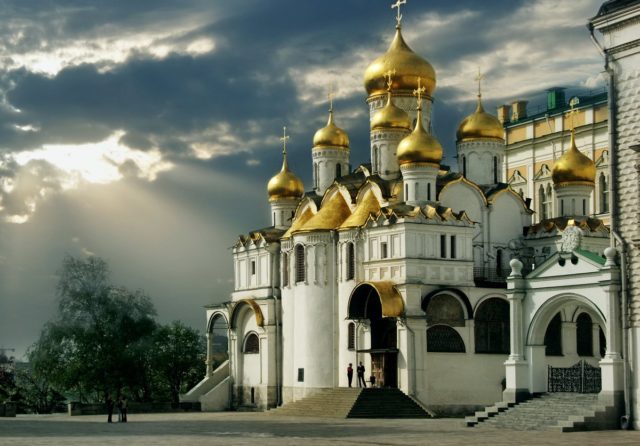 National Museum of the Republic of Tatarstan

The National Museum of the Republic of Tatarstan (formerly the Kazan City Scientific Industrial Museum) opened in April 1895. A large private collection of A. Likhachev (an archeologist, a famous historian and collector) and exhibits of a scientific exhibition held in 1890 became the basis for the exposition of the museum. Prominent scientists of Kazan University, collectors and patrons of art took part in the formation of the museum collection. To date, the museum fund has about 800 thousand units of unique exhibits that are of considerable value for Russia. Among the most valuable exhibits are a collection of objects from the excavations at the Ananyinsky burial grounds, an antique collection of gold coins, ancient scrolls, handwritten books and memorial items of Tatar literature figures. Under the arches of the museum are stored exhibits related to the natural sciences, archeology, ethnography, cultural studies, history, literature and music. The museum is located in the building of the former Gostiny Dvor, the appearance of which was formed during the XIX century. Currently, the museum has 14 branches and is the largest scientific center for 400 museums located in Tatarstan. A scholar, scientific and methodological and exposition councils and other structures work at the museum, allowing to coordinate the activities of such a large association. The museum is equipped with the newest storage facility, restoration workshop and has a complex infrastructure. Festive events, thematic and literary meetings are regularly held here.

Museum of the 1000th anniversary of Kazan

The museum is located in the building of the cultural center “Kazan” since 2005. In the three halls of the museum with a total area of ​​about 400 square meters. meters located a unique exhibition associated with the city and its history. A lot of space is devoted to the collection of material heritage dedicated to the ancient Kazan, from the period before the Common Era to the era of the XV century. The exhibition presents lost monuments, including the legendary Kazan Gate (symbol of independence). The key of the city was restored to the gate, made by analogy of the Bulgarian keys. Here are collected exhibits related to the spiritual culture of Kazan, materials about the stay in Kazan of the royal persons of Peter I, Nicholas I and Catherine the Great. The exhibition is completed with materials on the history of the city in the period of the USSR and modern Kazan. In addition, there is a wealth of material on the current international relations of Kazan.

Main exhibition is more than 20 classic slot machines created in the USSR since the second half of the 70s. These are “Sea Battle”, “Safari”, “Highway”, “Towns” and others. The exhibits are active, they can be played using Soviet 15-kopeck coins, which are provided to visitors when they buy a ticket. The museum staff conducts tours of the hall, telling about the history of slot machines and the development of this industry as a whole, the difference between Soviet and foreign cars. As part of a visit to the museum you can also try the nostalgic milkshakes and soda. The interactive game museum often becomes a venue for cultural events: concerts, film screenings, master classes and fairs. 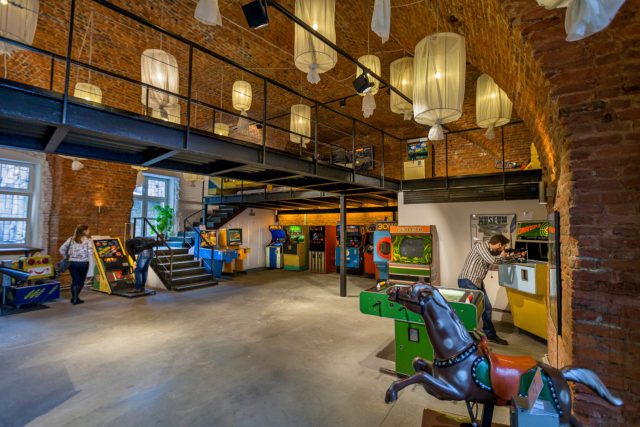 The Mishkin House Museum is located in the center of Kazan, on the territory of the Tugan Avylym restaurant and entertainment center , opened in 2005 in honor of the millennium of the city. The name of the complex, which is a village of log houses, in the Tatar language means “native village”. In this village, the bears are allocated a whole three-story house, in which about 300 toys live. Each inhabitant of this cozy museum lives in his house and is busy with his own business. Smart bears drink tea, play music, work, travel, relax, and each has its own story that can be read near the house. An appropriate entourage has been skillfully selected for this story.

The Tatar State Philharmonic named after Gabdulla Tukai is one of the largest concert organizations in Kazan and the Republic of Tatarstan. The philharmonic society is a venue for various national festivals and celebrations, concerts, as well as ballet and theatrical performances.

The repertoire of the Kamala Theater includes more than 25 productions. Among them, a special place is occupied by productions based on works of Tatar authors and writers from other Turkic-speaking countries: “Tyulyak”, “Kyz Zhibek”, “And the day lasts longer than a century” and others. There are several productions on contemporary works, for example, “Zuleikha opens eyes” of the writer Guzel Yakhina. Slightly less often put works in Russian and foreign classics. The performances are in the Tatar language (if they are not the performances of touring groups) with simultaneous Russian translation. 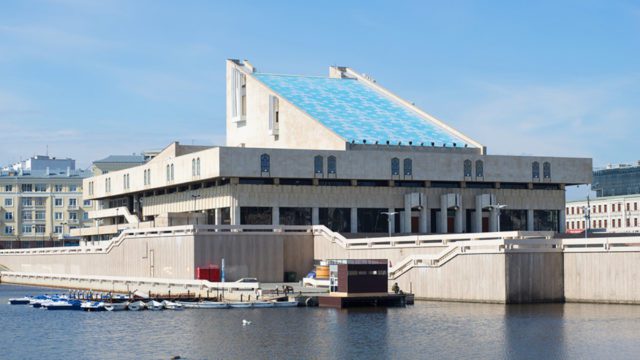 Tatar Theater of Opera and Ballet named after Musa Jalil

The Tatar Academic State Opera and Ballet Theater named after Musa Jalil is considered the main theater stage of Kazan. Now on the stage of the theater are performances, both Russian classics and world famous masterpieces. A small part of the repertoire is given to national Tatar authors and productions. In 1988, he was assigned an academic status.

The Kachalov Theater in Kazan (the Bolshoi Drama Theater named after Vasily Kachalov) is one of the oldest and most significant theaters in Russia, dating back to the 19th century. It is located on the main pedestrian Bauman Street in the central area of the city. 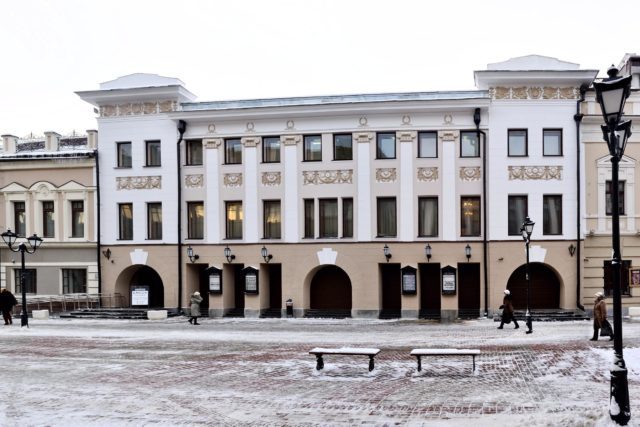 The repertoire of the theater includes more than 30 productions for adults and 6 productions for children. The theater toured the whole Republic with tours, visited many constituent entities of the Russian Federation, actively participates in the cultural life of the Republic, propagates and develops Tatar culture.