August 30 – Republic Day (Celebrated on the day of the adoption of the Declaration on State Sovereignty of Tatarstan).

June-Sabantuy The date of the celebration of Uraza-Bairam in accordance with the lunar calendar is annually announced by the President of the Republic of Tatarstan no later than three months before they occur.

Memorial Day – October 12, 15. The holiday is dedicated to the memory of the hero-defenders of Kazan during the Capture of Kazan. An unofficial holiday, mainly celebrated by Tatar public organizations.

The purpose of the festival: the preservation of the traditional culture of the Tatars, the artistic education of children by means of folklore, the creation of favorable conditions for the implementation of creative interchange of participating groups, the search and realization of the artistic potential of talented, original groups.
The festival in accordance with the provisions of “Tүgurk uen” was conceived as a festival of authentic folklore. The name of the Festival is not accidental. “Tүgurk uen” is a youth game that is characteristic of all ethnic groups of the Tatars. The basis of this game is an ancient ritual, therefore its prevalence is so wide not only among the Tatars, but also among other peoples.
It is held on the territory of the Iske-Kazan Museum-Reserve. Festival Iske Kazan tүgәrәk uena
Unlike other festivals, “Iske Kazan Tugurk Uena” is declared as a festival of authentic folklore, where folklore groups present their local traditions. The program focuses on the preservation of the dialect dialect of the Tatar language, singing, playing, dancing, performing traditions. The numbers presented for the competition are evaluated by a competent jury consisting of leading scientists: musicologists, folklorists, ethnographers of scientific institutes of the Academy of Sciences of the Republic of Tatarstan and professors, associate professors of the Kazan State Conservatory, Kazan State University of Culture and Arts.

end of summer – beginning of autumn

The annual international opera festival Kazan Autumn was founded by the State Symphony Orchestra of the Republic of Tatarstan under the direction of Alexander Sladkovsky in 2011.
The festival is held in a modern open-air world format, open air with free access to thousands of spectators, as well as individual performances on the stage of the State Grand Concert Hall (BKZ) named after Saidashev.
The main concert of the festival with invited top stars takes place on Republic Day and on August 30 in the evening on Palace Square near the walls of the Kazan Kremlin and the embankment of the Kazanka River in front of the facade of the Palace of Farmers. More than a two-hour gala concert ends with fireworks and fireworks.
For 3 years, the Russian prima donna Lyubov Kazarnovskaya, the Italian tenor Leonardo Gramenya and the French tenor Roberto Alanya managed to visit the festival. At the III Kazan Autumn festival in 2013, Dmitry Hvorostovsky sang to the accompaniment of the RT State Symphony Orchestra. 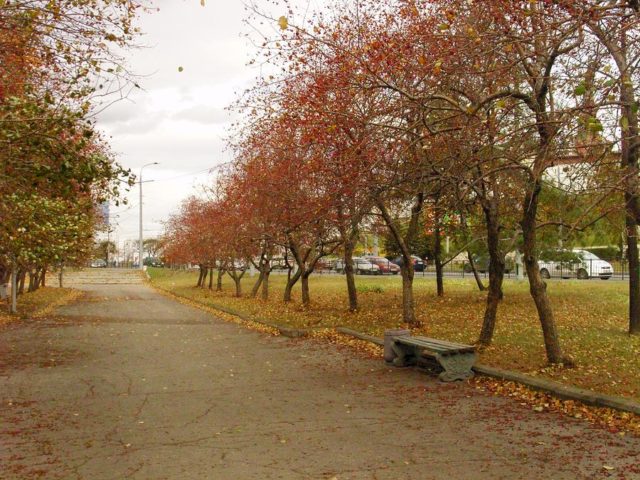 It is conducted by the RT State Symphony Orchestra under the direction of Alexander Sladkovsky.

The creative direction is associated with modern music and its propaganda among a wide audience. Most of the works included in the festival program are first heard in Kazan.
The first festival was dedicated to the 80th anniversary of Sofia Gubaidulina. The composer gratefully accepted the idea of ​​holding a contemporary music forum in Kazan. “Now we are experiencing a time favorable only for the art of entertainment. From this point of view, your desire to support contemporary art and give this project the name “CONCORDIA”, that is, consent, reconciliation, is a very important step in protecting spiritual activity, ”Sofia Gubaidulina wrote in greeting to the festival.
The first festivals were attended by Sofia Gubaidulina, David Geringas, Yuri Bashmet, Gia Kancheli, Andrey Eshpay, Ksenia Bashmet.

Annually
April 5-7
The first Europe-Asia festival was held in 1993, and since then it has become an annual event. Currently, the festival is listed in all foreign music catalogs and enjoys well-deserved attention of Kazan citizens and guests of the capital. 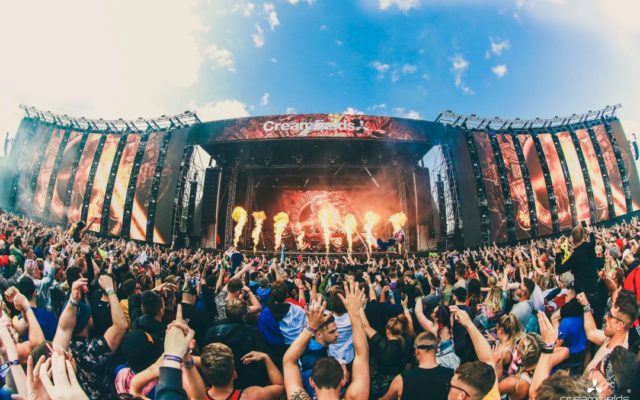 The festival “White Lilac”, conducted by the RT State Symphony Orchestra under the direction of Alexander Sladkovsky, is dedicated to Sergey Rachmaninov.
The composer twice visited Kazan with an inspection of musical institutions, was friends with Chaliapin. According to one version, the genus Rachmaninov has Tatar roots. These are the three reasons why the new festival was born in Kazan.
Thanks to the recommendation of pianist Denis Matsuev, the composer’s grandson, President of the Rachmaninoff Foundation Alexander Rachmaninov (1933 – 2012), who expressed his desire to become an honorary president of the festival and take an expert part in the repertoire policy of the orchestra, became an honored guest of the White Lilac.
The first festivals were attended by Denis Matsuev, Boris Berezovsky, Nikolai Lugansky, Frederic Kempf, Polina Osetinskaya, Ramzi Yassa, Sean Botkin, Andrey Korobeinikov, Vladimir Fedoseev, Daniele Rustioni.

Kazan International Muslim Film Festival is held in Kazan annually.
Films reflecting universal human spiritual and moral values and cultural traditions that carry the ideas of peacemaking, religious tolerance and humanism, regardless of the religion of the author, are selected in the festival program. The honorary guests of the festival were Catherine Deneuve, Isabelle Adjani, Carey Hiroyuki Tagawa, Armand Assante, Adrian Brody, Nikita Mikhalkov, Eldar Ryazanov and other famous personalities.

The classical ballet festival in Kazan was founded in 1987 according to the model of the already existing Chaliapin Festival, held on the stage of the Tatar Academic State Opera and Ballet Theater named after M. Jalil since 1982
Since 1993, with the personal consent of the outstanding dancer of the 20th century Rudolf Nuriev, the Kazan ballet festival bears his name. In his interview, he said: “Kazan is a beautiful, very rich city. There is so much antiquity! You are just millionaires!
If you want to enjoy the classic Russian ballet, be sure to plan your visit to Kazan for this event!

Annually in February
Founded in 1982, the festival bears the name of the Russian opera and chamber singer Fedor Ivanovich Chaliapin, who was born in Kazan in 1873.
Being the birthplace of the greatest Russian singer, Kazan has been hosting guests and participants of one of the most representative Russian opera art festivals for several decades. The best Russian and foreign performers come to him. Traditionally, the festival program includes performances in which Fedor Chaliapin himself performed. The festival takes place for approximately ten days and ends with a gala concert with the participation of opera stars.
Among the participants of the festival are stars of the opera stage, vocalists and conductors. At different times in the performances and concerts of the festival participated: Irina Arkhipova, Bulat Minzhilkiev, Dmitry Hvorostovsky, Maria Bieshu, Irina Bogacheva, Lyubov Kazarnovskaya, Anatoly Kocherga, Olga Borodina, Sergey Leiferkus, Paata Burchuladze, Olga Guryakova, Khibla Gerzmava, Nikolai Puti Shagimuratova and other famous performers and conductors.
Either because Kazan is an avid fan of opera, or because visiting the opera is part of the compulsory program of the Kazan intelligentsia and the beau monde, however, buying tickets should take care in advance – for many years, Chaliapinsky the festival takes place at full house. 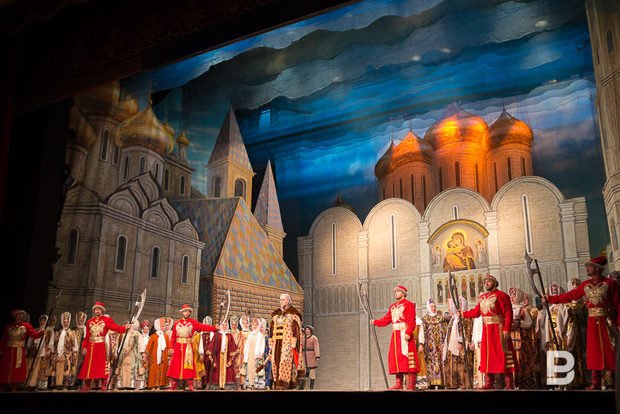 August 27
The first ethnic festival “Krutushka” on the picturesque banks of the Kazanka River took place in 2009. The uniqueness of this festival immediately became apparent, and information about it spread throughout all the regions of Russia along with the participants of the festival and its guests. The following years brought the festival new names and new music from the rich heritage of the peoples of Russia and the whole world.

Jazz in the estate of Sandetsky

«Jazz in the estate of Sandetsky” is an annual open-air summer music festival held in one of the most beautiful historical places of modern Kazan – the park of the State Museum of Fine Arts of the Republic of Tatarstan (formerly the estate of the Governor-General of Sandetsky) – since 2007.

The duration of the festival is two months (July-August), concerts are held weekly, on Thursdays.
The stylistics of the Kazan jazz forum is diverse: each concert evening is given to a certain musical direction – from the mainstream to the avant-garde. Since the opening, musicians representing the colors of Russian and foreign jazz culture have visited the festival with performances.
One of the main ideas of the festival is the combination of various types of arts. Continuation and organic addition of festival concerts are art exhibitions and photo expositions; all visitors have the opportunity to familiarize themselves with the magnificent collection of Russian and Western European art from the collection of the Pushkin Museum of Fine Arts, whose halls are open for visitors during the days of concerts until 21.00.