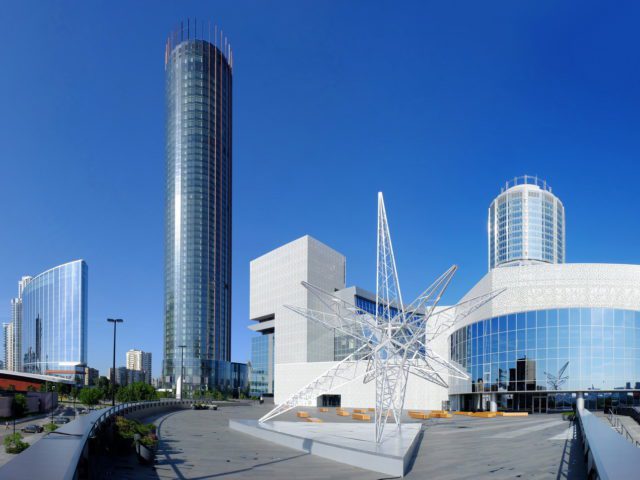 The Boris Yeltsin Museum is a new project for Russia, which laid the foundation for the systematic study, preservation and popularization of the historical heritage of Russian presidents. Using the latest technology, the museum speaks in a modern language about the life of the first president of Russia and the most important stages of his political biography. The central exhibition of the museum “Seven Days that Changed Russia” is an objective and unbiased study of the era of the 90s. It is based on genuine documents and materials telling about the difficult period of the birth of a new country, about the formation of modern Russian democracy.

Museum of the History of Yekaterinburg

The Museum of the History of Yekaterinburg is a historical and cultural museum with regional artifacts, traditional and interactive exhibits. The mission of the museum is to study and popularize the history of Yekaterinburg, contributing to the consolidation of the urban community and the formation of regional identity. The museum actively works with themes of urban everyday life and urban culture, starting from the XVIII century, the time of the appearance of the city, and to the present. Simple plots and ordinary objects give the exhibitions not a heroic, but an everyday dimension, at the same time revealing the history of the city, conveying the spirit and meaning of past eras.

The photographic museum “Metenkova House” has a permanent and temporary exhibition. The basis of the permanent historical exhibition is not only the work of Metenkov, but also a private collection of the local historian and photographer Evgeny Mikhailovich Biryukov and other artifacts. These are about 10 thousand exhibits – photographic equipment, photographs, literature, archival documents reflecting the history of the development of photo art in Russia.

In addition, young Russian and foreign authors, recognized masters of photography, regularly exhibit their work in the museum. On the website of the House of Metenkov you can see upcoming and past exhibitions. 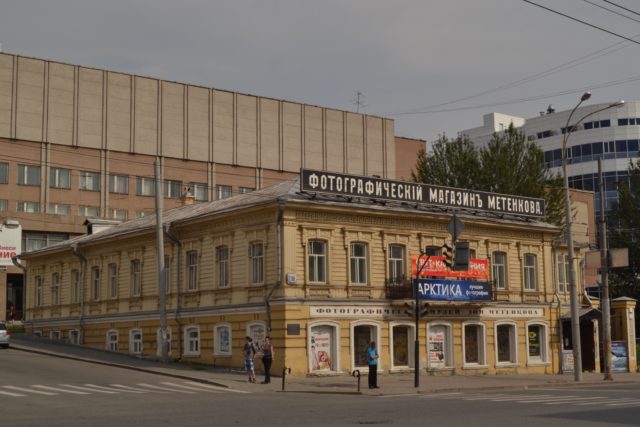 The water tower in the Historical Square is one of the symbols of Yekaterinburg, a monument of industrial architecture of the late XIX century. The museum exposition is dedicated to the history of the Ekaterinburg plant of the 18th – 19th centuries, the tower itself and its inhabitants. In the warm season, organized excursions around Plotinka are held here, as well as master classes for children. There is a coffee shop and the Yekaterinburg Guest Center on the ground floor : here you can buy the Yekaterinburg Guest Card (CityPass), have a cup of coffee, buy authentic souvenirs and enjoy the view of the historical center of Yekaterinburg from the window. 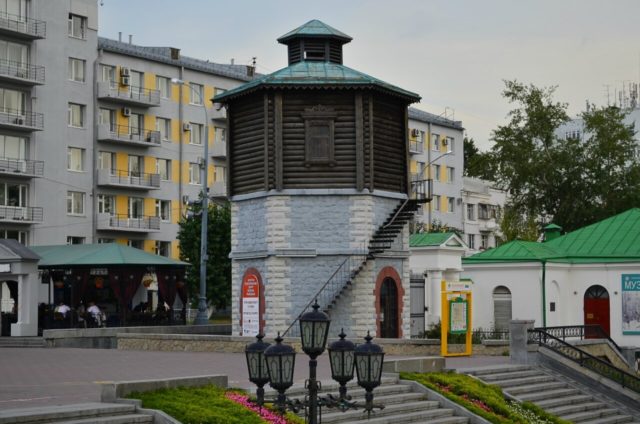 Yekaterinburg Museum of Fine Arts is a large cultural center that conducts a wide exposition, exhibition, educational, research and gathering activity. It is the main methodological base for art educational institutions in the Middle Urals. The museum funds contain unique monuments of national and world significance, including works of Russian icon painting of the 17th – 20th centuries, Russian art of the 18th – early 20th centuries, West European art of the 14th – 19th centuries, Russian art avant-garde of the 1910–1920s, and domestic art of 1920–2000 and decorative arts of the Urals.

Over a thousand-year history of the country comes to life in the museum with the help of modern technologies – from touch screens, powerful projectors to three-dimensional modeling, 3D reconstructions.

The park consists of four exhibitions: “Rurikovich”, “Romanovs”, and “From the Great Shocks to the Great Victory. 1914-1945″, “Russia – My History. 1945-2016.” A separate place in the new museum is devoted to the history of the Sverdlovsk region, regional content was developed by Ural historians and local historians throughout the year. 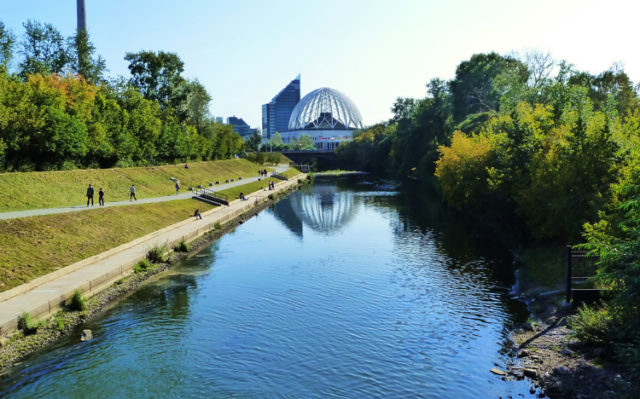 Vysotsky Memorial Museum in Yekaterinburg opened for the 75th anniversary of Vladimir Semenovich in 2012. The exhibition is located on the second and third floors of the northernmost skyscraper in the world with the same name “Vysotsky”. The exposition was based on the personal items of Vladimir Vysotsky, letters, photographs, posters and other, smaller, but no less valuable and memorable objects. All this can be studied by slowly strolling through the chambers of the museum, listening to music and poems by Vysotsky. The Yekaterinburg Museum presents a number of exhibits that are not found anywhere in the world: a samovar and a dial telephone, which were in Vysotsky’s apartment on Malaya Gruzinskaya Street in the 70s; theatrical guitar – only on it did Vysotsky play at the Taganka Theater; the museum restored the hotel room in which Vladimir Vysotsky stayed when he came on tour in Sverdlovsk. The hotel itself (“Big Ural”) is located across from the skyscraper; the museum’s most interesting exhibit is the legendary Mercedes 350 W 116 metallic color.

Museum of the History of Stone-Cutting and Jewelry

The Urals has long been famous for its stone-cutting art, and the museum’s exposition is a clear confirmation of this. Here are presented gold, silver, malachite products, gems, collections of mineral stones and coins. Bazhov and Malachite halls, the Emerald room, a hall with products from the Yekaterinburg lapidary factory are also open for visitors. In addition to the main exposition, the Museum of Stone-Cutting Art in Yekaterinburg regularly holds temporary thematic exhibitions. 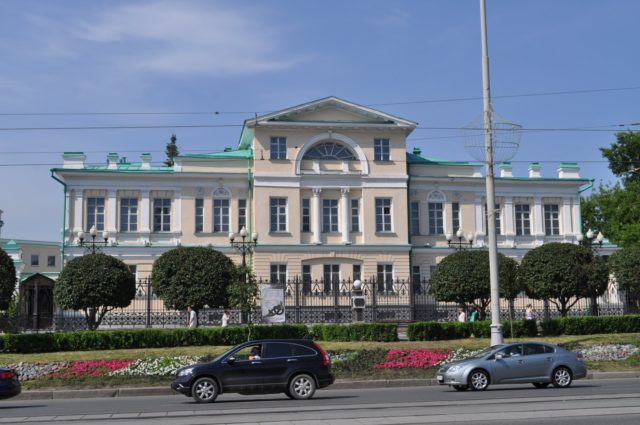 The Nevyansk Icon Museum in Yekaterinburg, it became the first private icon museum in Russia, incorporating a unique collection of icon painting. The museum’s exposition has about 300 icons, the main part of which has a dramatic fate: items were chopped with axes and tried to burn, the eyes of the saints were scratched, and many icons were cut out. At the time of the mass closure of churches, almost all the available icons were given to the population for collective farm needs. Subsequently, the part was restored, but many retained their original appearance. It was they who became a separate exposition, reminding visitors of the museum about vandalism, which had flourished in the country not so long ago. 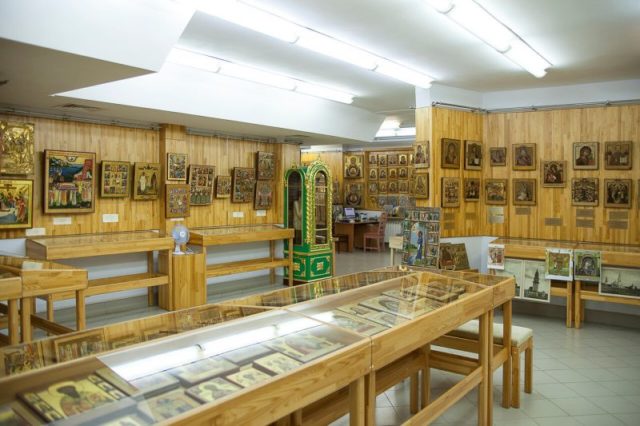 Museum of Soviet Life “MADE IN THE USSR”

Perfumes “Red Moscow”, a gramophone, a bobbin tape recorder with songs of the legendary group “The Beatles”, records of Alla Pugacheva and “Pesnyarov”, pennants and gas masks and many other exhibits, visitors can not only look at, but also pick up a unique spirit Soviet era.

The space is divided into thematic zones:

Without politics, without shortcuts and templates, through everyday objects that have now become artifacts, together we will launch the mechanism of happy memories. 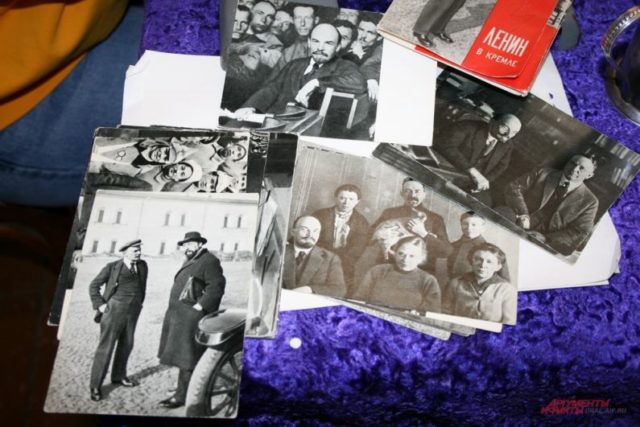 The Philharmonic was founded in 1936. One of the best philharmonic societies in Russia. The first in Russia to become the holder of the title “Philharmonic of the Year”. It was here that the first author’s festivals of contemporary composers took place – Sophia Gubaidulina, Valentin Silvestrov, Avet Terteryan, Arno Pyart, Giyya Kancheli. In recent years, the Yekaterinburg public has discovered new Russian names – Mark Drobinsky, Alexey Lyubimov, Vadim Repin, Nikolai Lugansky, Denis Matsuev, Boris Berezovsky, Ignat Solzhenitsyn. The history of the philharmonic and orchestra is a way of finding and gaining one’s face, finding one’s place in the country’s cultural life, and striving to comply with the standards accepted in the world music community 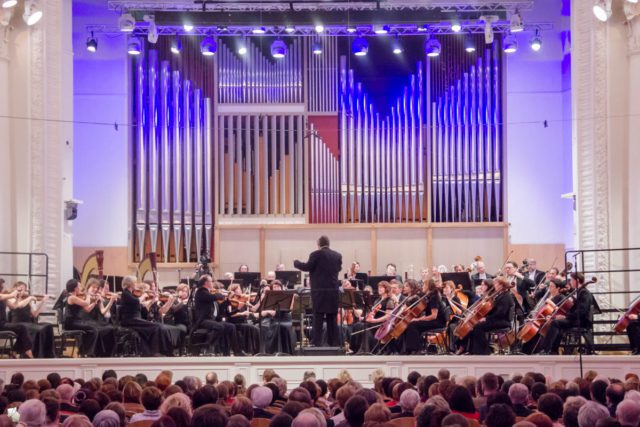 The opera house is a real asset of the city. The grand opening of the opera and ballet theater in Yekaterinburg took place on September 12, 1912 with the production of the first Russian opera by M. I. Glinka “Life for the Tsar”, and since then it has been recognized as the best theater in the Asian part of Russia. The theater in its history received 9 Golden Masks. 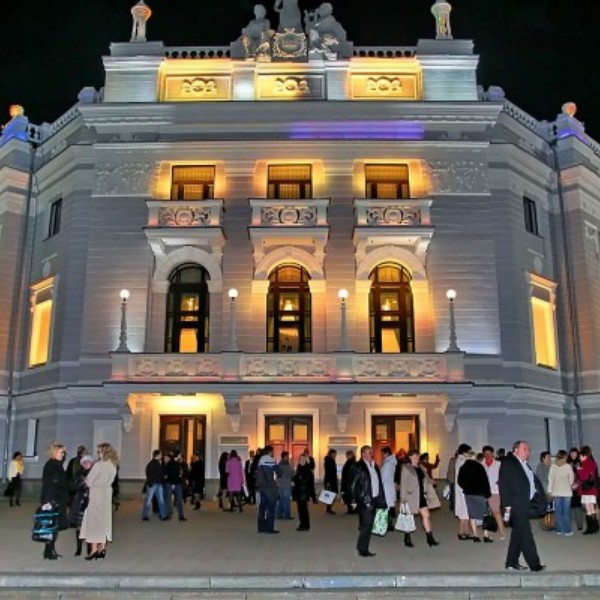 The Sverdlovsk Drama Theater opened in 1930 and from the first days declared itself to be a highly professional creative team that values ​​the best traditions of Russian dramatic art, but is not afraid of contemporary themes.In 2010, the Young Theater studio was opened in the Sverdlovsk Drama, which is engaged in the embodiment of modern stage ideas. Since 2011, the Dance Theater Company has also been included in the troupe of the Academic Drama Theater. All three creatively independent groups always delight the audience with independent performances and joint productions. 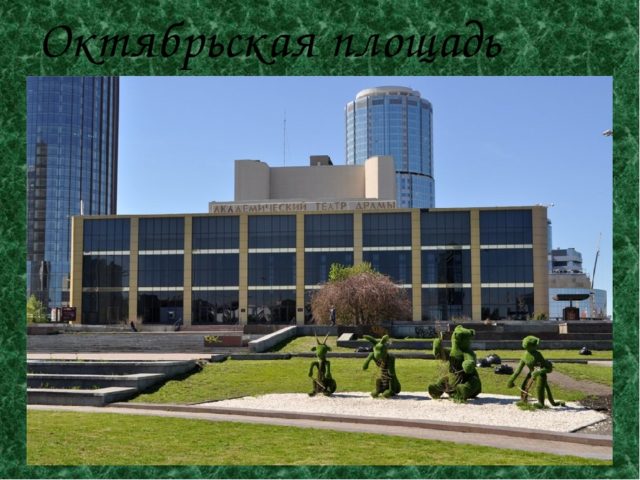 Theater of the Young Spectator

The theater was founded in 1930. Yekaterinburg Youth Theater is one of the oldest and most famous professional theaters for children and youth in Russia. Currently, the repertoire of the theater plays for all age groups. The pride of the theater is its acting troupe, which is considered one of the best among the provincial Russian theaters. The theater team has successfully toured in many countries. 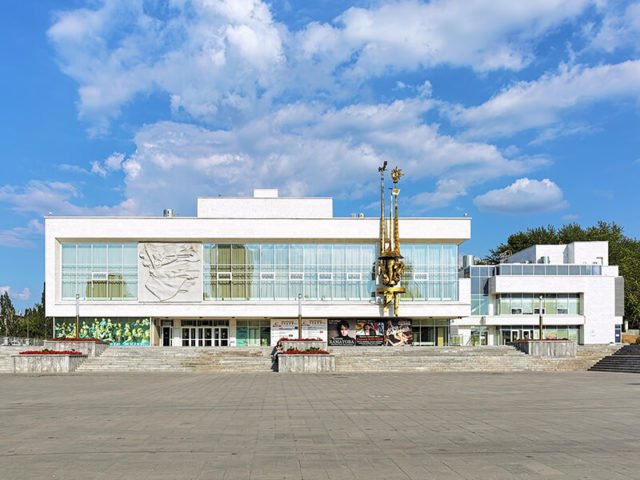 The theater was founded in 1933 to organize interesting recreation and vibrant cultural life of the townspeople and guests of the city. In 2004, the theater was awarded the Prize of the Government of the Russian Federation. F. Volkova “For his contribution to the development of theatrical art of Russia.” Over the past decade, the Theater has delivered more than a dozen world premieres, won the 17 highest national Golden Mask awards. 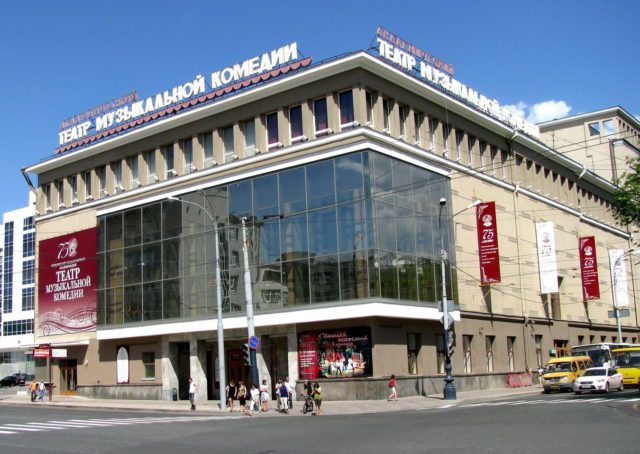 Kolyada Theater was founded in 2001 by its art director, a well-known playwright and theater director Nikolai Kolyada, whose work has an interesting form and deep content. Each performance of this theater is distinguished by innovative techniques of visualization. There is a lot of humor and identity in the productions. Kolyada Theater also attracts spectators with a special atmosphere of hospitality. 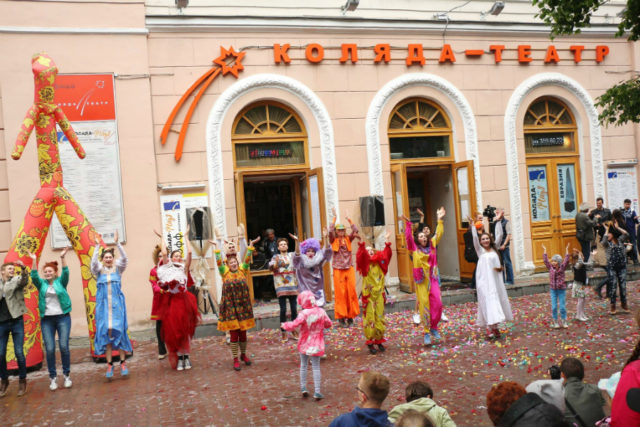 Puppet Theater was founded in 1932. His repertoire consists of performances of various genres for children and adults. In 2002, the Yekaterinburg Puppet Theater became the initiator of the I International Puppet Theater Festival “Parsley the Great”, which is now held once every two years. In 2004, the Museum of theatrical dolls “Petrushkin House” was opened in the Theater.

Founded in 1988, The Nutcracker is the only children’s theater in Russia to stage full-length ballet performances based on fairy tales in its own choreography. All parties with constant skill are performed by about 200 young artists aged 5 to 17 years. On the basis of the theater there is a school of classical ballet.

The theater has been operating since 1996 and is the only theater of this direction in Russia outside of Moscow and St. Petersburg. International and All-Russian forums were held at the theater site: 17 International Jazz-Transit Festivals, 1st International Festival “Jazz Born in the USSR” and 8 All-Russian Teen-Jazz Festivals. 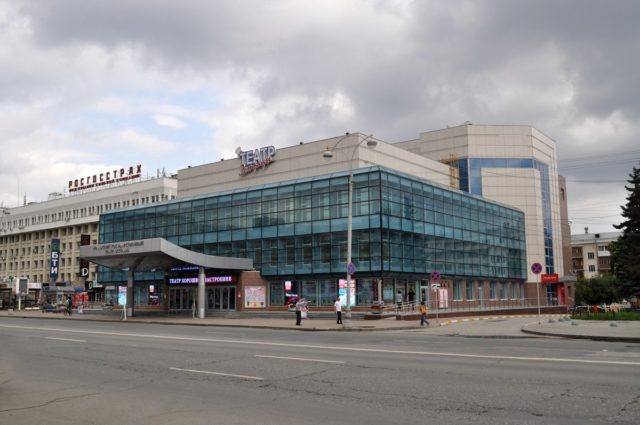